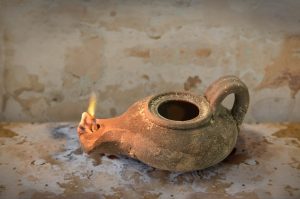 QUESTION: Mr, Armstrong; in searching your writings you acknowledge that pollution is a problem. So to be clear, you distinguish pollution from climate change? Can you articulate the difference?

ANSWER: We all want clean air, water, and the environment. As I have said, I lived in London in the mid-1980s when the buses were diesel. It was horrible. You had to hold your breath when you walked near one. They finally eliminated them in 2016. Did it change the climate? No. Did they pollute the air? Yes.

The first known Clean Air Act occurred in 535 AD. Emperor Justinian proclaimed the importance of clean air as a birthright. “By the law of nature these things are common to mankind—the air, running water, the sea.” Even Cicero wrote about pollution in the ancient city of Rome. For you see, CO2 is not solely produced by fossil fuels. When a forest is on fire, it gives off CO2, and before fossil fuels, they burned wood to stay warm. Burning crude oil releases less carbon dioxide than burning coal. Since ancient times, they have been burning peat for fuel. That is far worse than even coal.

The point is fairly simple. Plants breathe CO2. They naturally clean CO2 from the air hence they call this the “Greenhouse Effect” where plants and trees would love and people would not. The climate ALWAYS changes. We are a pimple on the rear end of a fly when it comes to changing the climate. That is entirely different from pollution, which the majority are against.