Plastivores – The Planet will Save Itself 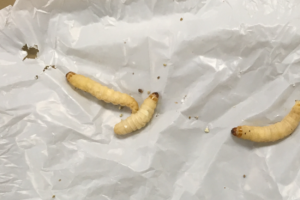 Our fascinating planet is more resilient than we could imagine. We create issues for which the planet already has solutions. Plastics have become the demon that the politicians wish to eliminate or tax in their laughable effort to save the Earth as if this incredible planet were a damsel in distress.

Pollution and littering are different from climate change as one is indeed human-induced while the other is an unpreventable natural phenomenon. Instead of passing legislation to eliminate litter such as plastic waste, the planet may have already found its own solution.
A few years ago, a group of researchers at Stanford identified a species of mealworms that can survive on a diet of Styrofoam. In fact, scientists have discovered over 50 species of “plastivores” who thrive on plastic-based diets. The majority of these species consist of fungi and bacteria, but researchers at LeMoine and Brandon University have been focusing their efforts on wax moth caterpillar larvae. This particular caterpillar has microbiome gut organisms capable of metabolizing polyethylene (i.e. plastic) into energy.

Supplementary research is needed to discover how these plastivore species can help to eliminate waste. As comedian George Carlin jokingly said, “It’s a self-correcting system…The Earth doesn’t share our prejudice toward plastic. Plastic came out of the Earth, the Earth probably sees plastic as another one of its children. It could be the only reason the Earth allowed us to be spawned out of it in the first place.”

Instead of increasing legislation or punishing people for existing, we should turn toward the resilient planet for solutions to problems that we created. We cannot save the Earth. The Earth holds the power. As Carlin said, if needed, “The planet will shake us off like a bad case of fleas; a surface nuisance,” and humans will become “just another failed mutation.”

« The Greenhouse Effect Can Lead to Global Cooling
Greta Getting Angry »