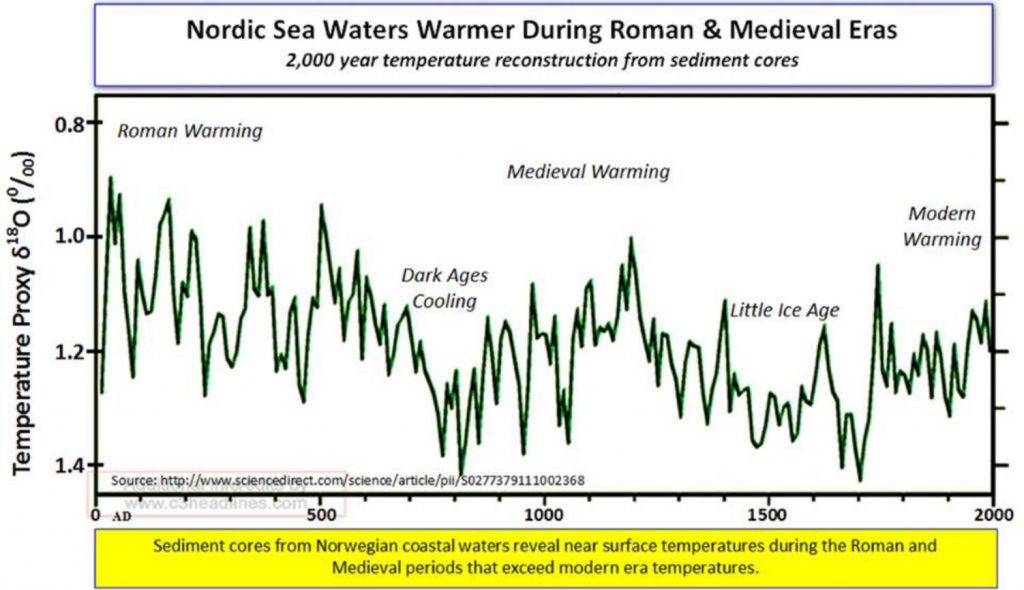 QUESTION: Mr. Armstrong; I read a piece on the Paris Climate agreement that said climate experts now warn that an increase of more than 2 degrees Celsius could bring about irreversible consequences, including unpredictable superstorms and crippling heat waves. That seems to be anti-cyclical. How do they create such “science” without proof?

ANSWER: They just make it up. Every long-term study I have looked at disagrees with this bogus claim. They have found the Romans made it to Canada because the sea was much warmer back then than it is even today. Even if we assume that if temperature rose 2 degrees that would create superstorms, which has never happened when there were periods when the Earth was much hotter, it would never be “irreversible” for the Earth does not function in a stagnant linear fashion. The only way the Earth would die is (1) the atmosphere burned off, or (2) the entire planet became snow covered reflecting sunlight and then it would never become warm again (White Earth Effect).

If there was more CO2, the planet would be greener and there would be more oxygen than CO2. The system would reverse.