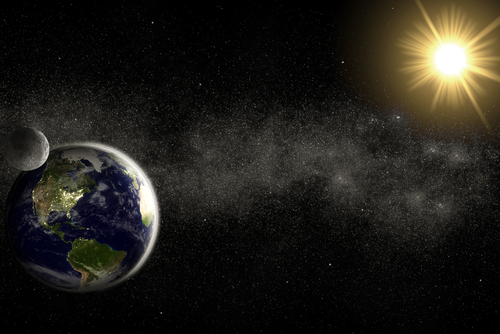 COMMENT: Dear Mr. Armstrong,
I am a regular reader of your blog from Poland and I highly value your opinions that spring from exceptional intelligence and experience. I’d like to contribute a few words to the discussion on the ideas of the “green movement”. When I listen to some of those people I have the impression that they consider humanity as some kind of disease that has befallen our planet, and if we all died out the planet would breathe a sigh of relief and life would thrive undisturbed for countless of billions of years. Yet it doesn’t seem it would.

According to scientists, the Earth will probably become unsupportive for life within the next billion years because of increased solar radiation. Interestingly, the gradual process of atrophy of life will begin much sooner due to a dearth of carbon dioxide! If life on our planet can somehow be protected and prolonged, or perhaps spread across the Universe, it can only be done by some intelligent beings with great technological capabilities. If we fail, then perhaps some other intelligent creatures will evolve, but there is no guarantee of that as intelligence seems to be a unique feature that does not appear all that often among living organisms.
Therefore, I believe that far from being a disease, we are the planet’s hope!
Best wishes,
RR

ANSWER: Well said. This whole issue that has driven Bill Gates is his focus on a population like Maltus thanks to his father. Nobody ever bothered to understand the universe is construction upon cyclical movement.

The agenda of these population/climate theorists is really Marxism. They are using the environment to pitch their economic agenda. Their push is to seize the industry and control it. This agenda is really quite serious. They exaggerate everything and refuse to address any criticism. They have indoctrinated the education system. In Canada, they were actually teaching kids that because of global warming, Russia would be able to invade Canada. They refuse to even consider that solar energy fluctuates. They act as if the planet has warmed from the Little Ice Age solely because of CO2. They will not allow anyone to challenge them and now they have Wikipedia removing dissent. When any movement must try to shut down dissent, it ceases to be a basic movement for the people and becomes a dictatorial movement that destroys human rights. They act like they never heard of solar panels.

Now we see the very same power trying to suppress any medical comment that COVID-19 is now justified for this level of hysteria.