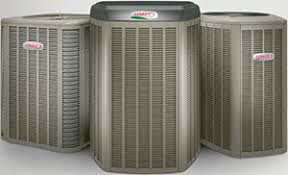 Despite all the global warming advocates, the air conditioner manufacturer Lenox came in well below Wall Street’s expectations, which were based on the claims running around that have now reached the level of a religion. Their earnings fell by about 9%. The CEO came out and made a statement with respect to sales decline:

“Significantly cooler temperatures and higher precipitation across the United States adversely impacted the HVAC market in the second quarter, and especially in key Central regions where cooling degree days were down over 30% and precipitation was up over 60%.”