Its Snowing Still now in NewFoundland 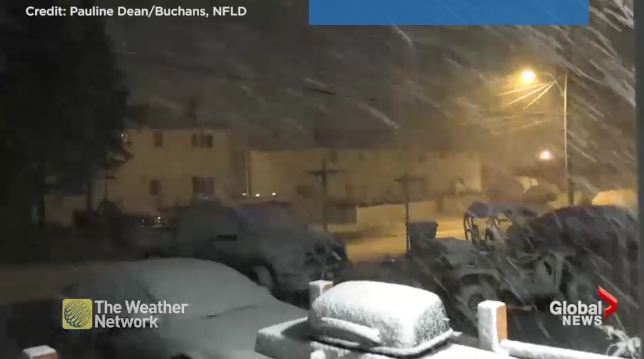 It is still snowing across the border in Newfoundland, Canada in June. In Wisconsin, there was so much snow during April, it is still there in huge piles in June. Believe it or not, snowfall has still been reported this week in EIGHT states. This is California, Nevada, Washington, Oregon, Montana, Wyoming, New Hampshire (Mount Washington), and at Mullen Pass, Idaho. This is alarmingly curious. Granted, our computer was forecasting this would be a colder winter than the previous. But this is getting insane. I had to run over to Brussels for meetings in May and I encountered snow in Chicago trying to catch a connecting flight. Even the old Farmers Almanac forecast for 2017–2018 showed generally colder temperatures than last winter for the U.S. and Canada. They too are cyclical based. We have not yet crossed that line of alarming cold weather just yet.

Unfortunately, our computer is forecasting that the winter of 2018-2019 will be much colder than 2017-2018, but it will still not be dramatically colder on a dangerous scale just yet. A large part of the northern United States will experience colder temperatures again so buy some long underwear and keep an emergency supply on-hand. Regrettably, even the South and West should expect to feel cooler than normal weather and that means Florida and the Southeast will also feel a bit chilly with milder-than-average temperatures once again.

We are certainly headed into climate change. Sadly, even if we leave our cars running in the driveway all night, we will not reverse this trend of Global Cooling. We better start looking at reality for the next cycle will be a rise in Agricultural prices due to weather cycles.