You have pointed out several times that the agenda behind the global warming crowd is, besides taxes, also the reduction of the global population. Initially, I had difficulties believing in this “crazy conspiracy theory”, but I start to believe you could be right. Where I live, The Netherlands, the brainwashing machine to convince people that CO2 is THE problem, is on overdrive and very effective. More and more people are believing this non-sense and regularly start to claim that the world population should decrease because we are one of the main sources of the increase of CO2 concentrations. When you ask them how that should be accomplished they reply “birth control”. But how this should be done they don´t know, but most probably (as usual) rely on the government to come up with a solution. Furthermore, couldn´t it be that the promoters of global warming (IPCC et al) actually know that CO2 is NOT the problem but by feeding us the propaganda, they actually catch two flies in one blow: increased taxes and reduction of the population because the majority will not be prepared for the upcoming cold/famine.

What is your opinion? Is this a crazy conspiracy theory or is there a chance it could be true?

REPLY: I am not one for conspiracy theories. My reporting on this subject is not even SPECULATION or a wild IMAGINATION. I was at the White House dinner and was seated at a table of ten with the heads of environmental groups. I cannot get my head around how these people think. They openly admitted that this was all about reducing population growth and how to frustrate it with wetlands to Global Warming these days. They DO NOT believe in Global Warming or CO2. They are using this to reduce the population. Ever since Thomas Malthus (1766 – 1834), the English cleric, wrote his 1798 book An Essay on the Principle of Population, he set in motion this diehard school of thought that the population would exceed the food production and society was doomed. He also never accounted for (1) cycles in population, (2) cycles in disease (plagues), and (3) improvements in technology in the production of food no less (4) cycles in nature and weather.

The Global Warming people are really closet believers in the “Malthusian trap” and they have been lobbying the government to overregulate society to prevent construction and thereby reduce population growth. He saw the population growth as PREVENTING real economic progress towards a utopian society. He wrote: “The power of population is indefinitely greater than the power in the earth to produce subsistence for man.” Malthus further wrote: 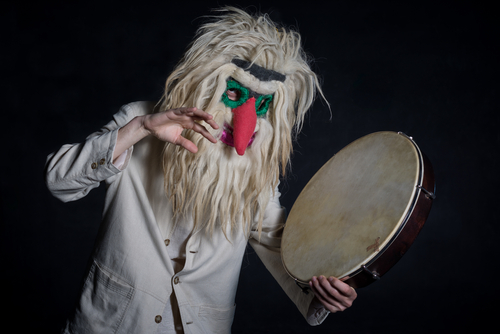 I totally disagree with Malthus. His analysis is primitive at best and I regard it as still in the witch-doctor level of thinking. This is PRECISELY why I developed Socrates to evolve. For all I know, perhaps one day they will discover that azuki beans are a whole new energy source. We cannot judge the long-term trends based on current understanding of technology. Quantum Computers, for example, are a completely new way of technology that may lead to a host of new discoveries.

Quantum Computing is the first real change in computer science. Traditional computers encode information in bits which are essentially magnets that store a charge and that created the binary code of 1 and 0. Therefore, 8 magnets form a bit and thus the letter A would be 01000001. You can store the entire alphabet in these bits. Quantum computers, on the other hand, work entirely different. They are based on qubits, which operate according to two key principles of quantum physics: superposition and entanglement.

These Global Warming people are ignorant of so many aspects. They offer nothing for their analysis is biased, one dimensional, and considers nothing outside of what they want to believe. If you want to be a real RESEARCH ANALYST, you have to follow the data not predetermined conclusions or assumptions.