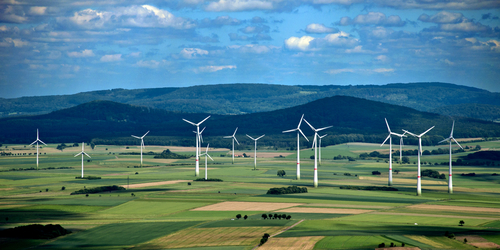 In the Netherlands, the high court has now ordered the Dutch Government to cut greenhouse gases by 25% before end 2020. The court called it a Violation of the duty of care pursuant to articles 2 and 8 ECHR. The state must now further reduce greenhouse gases. Then we have the UN’s Intergovernmental Panel on Climate Change that now says coal-fired electricity must end by 2050 if we are to limit global warming rises to 1.5C. They have NEVER heard of cycles and they simply project whatever trend is in motion will stay in motion. They never take nature into account and ignore everything else in the entire world not to mention volcanoes.

Rather than actually outlaw anything, the governments prefer to PUNISH people, which is far more profitable, by raising taxes dramatically. Now a Harvard study shows that large-scale Wind Farms also raise the temperature.

The way you do research is you test EVERY connection – you do not start with a presumption and then go off and try to prove something. On top of that, there are cycles to absolutely everything. There is nothing void of a cyclical nature. 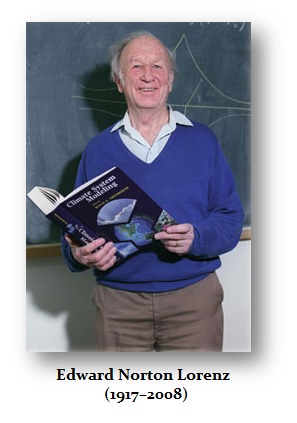 Indeed, the 20th century will be remembered for four scientific revolutions–Relativity, Quantum Mechanics, Chaos and Fractal Geometry. The Father of Chaos Theory is Edward Norton Lorenz (1917–2008) who was an American mathematician and meteorologist. Lorenz was certainly THE pioneer in Chaos Theory. A professor at MIT, Lorenz was the first to recognize what is now called chaotic behavior in the mathematical modeling of weather systems. 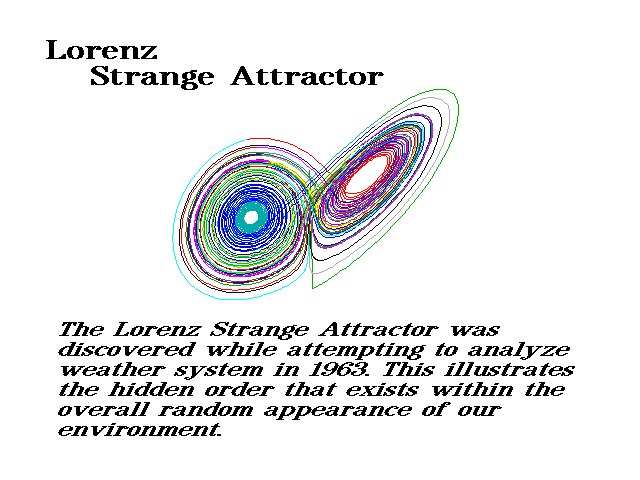 This illustration of the Lorenz Strange Attractor is incredibly important and was first reported in 1963. Lorenz’s discovery of a strange attractor was made during an attempt to create a model of weather patterns. The actual experiment was an attempt to model the atmospheric dynamics of the planet. It involved a truncated model of the Navier-Stokes equations. It is a visual example of a non-linear dynamic system corresponding to the long-term behavior in a cyclical manner revealing a hidden order we cannot otherwise observe. The Lorenz Strange Attractor is a 3-dimensional dynamical system that exhibits chaotic flow, noted for its interesting shape revolving around two invisible strange points in space-time we call Strange Attractors. The map shows how the state of a dynamical system with three variables of a three-dimensional system evolves over the fourth dimension time in a complex, yet non-repeating pattern. In other words, here is a visualization of duality – what appears to be randomness (chaos) yet simultaneously there is a broader clear pattern of order. The same identical structure appears in the light where it is both a waveform and particle, as we see in the economy where we retain our individuality yet at the same time we are part of a broader collective pattern. This is the very essence of the Invisible Hand – or in Lorenz terms, a Strange Attractor.

Lorenz also discovered in 1969, that very minor differences in a dynamic nonlinear system, which would include the economy, could trigger vast and often unsuspected drastic results. These observations ultimately led him to formulate what became known as the term Butterfly Effect in 1969 regarding this fascinating discovery. Very tiny changes in what might appear to be minor data at the outset had a ripple effect throughout the entire system creating a substantially different outcome. This term grew out of an academic paper he presented in 1972 entitled: “Predictability: Does the Flap of a Butterfly’s Wings in Brazil Set Off a Tornado in Texas?”

Chaos theory was thus born. The Butterfly Effect is the sensitive dependence on initial conditions whereby a very small change at one place in a nonlinear system can result in large differences to a later state. The effect derives its name from the theoretical example of a hurricane’s formation being contingent on whether or not a distant butterfly had flapped its wings several weeks before. Lorenz’s early insights marked the beginning of a new field of study that impacted not just the field of mathematics but virtually every branch of science–biological, physical and social. In meteorology, these discoveries have led some to presume that it may be fundamentally impossible to predict weather beyond two or three weeks with a reasonable degree of accuracy. However, such assumptions ignore the duality structure and the true importance of the Strange Attractor.

Lorenz demonstrated the profound realization that may be far more important than Einstein’s Relativity or even the discovery of Quantum Mechanics is matched only by Fractal Geometry. Lorenz demonstrated that the very idea of a deterministic system with formal predictability limitations does not actually exist; in other words, the Cartesian universe. I believe that Lorenz’s discoveries have overshadowed both relativity and quantum mechanics for they have truly opened the door to the Grand Unified Theory or the Theory of Everything if someone is willing to take that first step through the door.

Cyclical Analysis is the key to understanding the universe for it is the very essence of how all energy moves. It is the wave in light, but it is the attempt to predict where the particle will appear in the wave formation. If we look at the atomic structure it is the same design structure we see at the planetary level. The structural design and integrity are the same on all levels. In other words, it is fractal in composition. The same pattern repeated over and over again.