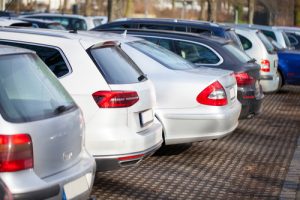 The Global Warming conspiracy is going to seriously harm the European economy. The political intolerance for the combustion engine has German engine suppliers in a crisis. It appears that there is certainly no more money being invested in any technology to do with the combustion engine. That also means that the unemployment in that industry will rise to the worst levels witnessed during the Great Depression. Normally, you have a transition from one technology to another which always leaves people behind who cannot adapt. However, this particular transition is not being carried out by the free market or the natural trend of evolution in technology. This time, the transition is being compelled by government and the end result is not likely to be very beneficial to the European economy.

Additionally, German car manufacturers will have no choice but to move production of combustion engines offshore for other markets. The prospect of being able to manufacture combustion engine cars in Europe for export will diminish greatly. Back in 2010, Ferrari S.p.A. was looking to idle production and eliminate 9% of its work force after sister brand Maserati reduced orders for engines.  While Maserati sells an average of 3,000-3,500 vehicles annually in North America, all Maseratis are built in Italy.

Beyond 2021, the EU is finalizing plans that, once agreed later this year, would cut automaker CO2 targets by 15 percent from the 2021 averages by 2025 onward and to 37.5 percent after 2030 That means the average CO2 emissions of less than 60g/km on an NEDC basis (almost 110 miles per gallon), or 66g/km under WLTP. The costs of adding the required tech will not be cost-effective in smaller cars. That means prices on the preferred smaller smart cars in Europe could rise by an additional 10% due to regulation.