Did Manchin Just Save the Federal Reserve? 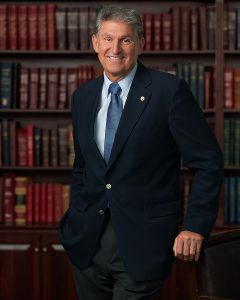 Once again Joe Manchin has broken away from party lines to prevent the Democrats from destroying the global economy. Manchin announced that he would not support President Biden’s pick for Fed chair, Sarah Bloom Raskin, as her personal views on climate change could drastically alter Fed policy. “I have carefully reviewed Sarah Bloom Raskin’s qualifications and previous public statements. Her previous public statements have failed to satisfactorily address my concerns about the critical importance of financing an all-of-the-above energy policy to meet our nation’s critical energy needs,” Manchin stated. “I have come to the conclusion that I am unable to support her nomination to serve as a member of the Federal Reserve Board.” 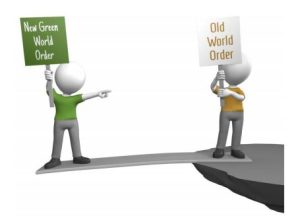 A group of senators wrote an urgent letter to Joe Biden in February, citing “concern about Ms. Bloom Raskin’s potential abuse of power to inflict harm upon the traditional fuel industry.” The Federal Reserve is intended to operate as an independent body that is not swayed by politics. However, Raskin is an advocate for pushing forward the Build Back Better agenda by banning investments in fossil fuels. In May 2020, Raskin wrote an op-ed that stated the Federal Reserve should simply refrain from investing in energy. “The decision to bring oil and gas into the Fed’s investment portfolio not only misdirects limited recovery resources but also… undermines urgent efforts to counter surging carbon dioxide and methane emissions, which are bringing us closer to the catastrophe of an unlivably [sic] hot planet,” she stated. She reiterated her position countless times and has urged all financial regulators and auditors to “mitigate climate-related threats by stepping forward and incentivizing a rapid, orderly, and just transition away from high-emission assets.”

The letter penned by concerned senators claimed that Raskin is an “activist” who is unfit to be placed in a top leadership position at an allegedly non-partisan central bank. Interestingly, the letter was penned before the war in Ukraine that has only led to worsening energy prices. The Federal Reserve is the most important financial entity in the United States, and the United States is currently the leader of the global economy. Biden is showing the people once again that he does not care about them or the economy by appointing someone dangerously unqualified to support this New Green World Order. The Biden Administration is continuing to back Raskin and has said that any claims against her are simply baseless lies funded by the evil fossil fuel industry. The only way Raskin could be appointed now would be for one Republican to back her nomination, which seems quite unlikely.