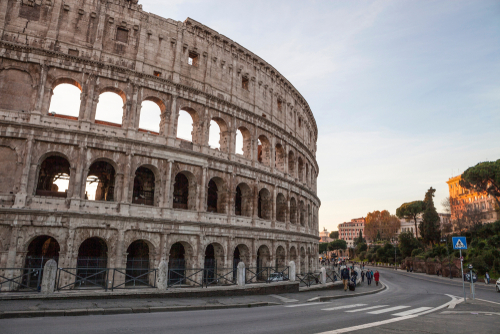 The latest thing now is that constructing office buildings out of concrete and steel is now claimed to account for 5% to 8% of total greenhouse gas. They are now proposing to construct skyscrapers out of wood that are 35 to 40 stories high. They now argue that concrete structures are huge contributors to greenhouse gases. Of course, concrete was invented by the Romans and it is why the Colosseum is still standing as well as the Pantheon. Roman concrete or opus caementicium was invented during the late 3rd century BC when builders added volcanic dust called pozzolana to mortar made of a mixture of lime or gypsum, brick or rock pieces, and water.

Roman concrete was used from the late Roman Republic until the end of the Roman Empire. They used it to build monuments, large buildings, and infrastructures such as roads and bridges. The quality of the concrete was excellent and the buildings and monuments that are still standing today are a testament to the strength of their construction. Today, they argue that cement is one of the primary producers of carbon dioxide and it causes damage to the topsoil. Concrete creates hard surfaces which contribute to surface runoff causing soil erosion, water pollution, and flooding according to the Greens.

However, then there are studies that claim that concrete actually absorbs greenhouses gases and is good for the environment. Cement is the building block of civilization since ancient times and may eventually suck some of that carbon dioxide (CO2) enough to actually cancel nearly a quarter of the gases released making cement, according to a new study.

Of course, Wildfires emit carbon dioxide and other greenhouse gases that will continue to warm the planet well into the future. They damage forests that would otherwise remove CO2 from the air. And they inject soot and other aerosols into the atmosphere, with complex effects on warming and cooling. If we construct buildings all out of wood and they catch fire, that creates a major threat of greenhouses gases. Wildfires are estimated to produce 5% up to 10% of annual CO2 emissions.

Guess the only solution is to exterminate all human life. No more studies to contradict one day eggs are bad for you and the next they are no problem. Be sure to visit the Colosseum before an environmentalist blows it up to save the planet.

« Chicago Still Getting Snow
Are we Heading into a Food Shortage? »