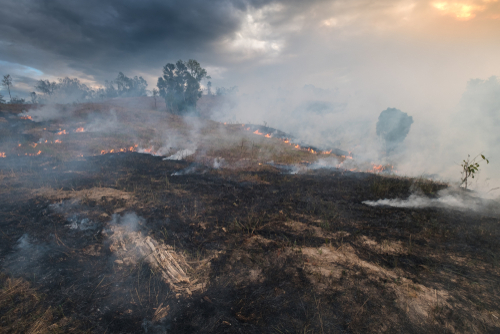 It is time to begin to really investigate Climate Change for what our computer is forecasting is like a dramatic rise in volatility or a Panic Cycle to be more accurate. What does that mean? We are going to experience extremes on both sides. You will see record temperature in the summer of 100+ F and in the winter, bitterly cold freezing. The admixture of these types of trends plays hell with crops. We are looking at severe droughts brewing around the world. In Australia, we are looking at drought conditions that match the ‘Federation drought‘ which took place during the late 1880s and early 1890s. This also contributed to the rise in socialism for agriculture was the bulk of employment and droughts also terminated jobs.

The Federation drought was a major drought in the outback areas of New South Wales, Queensland, Victoria and South Australia killed many animals. There was a major loss of vegetative cover that led to erosion and a dust bowl. Many native edible plant species vanished with devastating consequences. Between 1895 and 1903 there was a major drought that impacted most of the country. They came to name it the ‘Federation drought‘ which lasted interestingly 8.6 years. This event of nature is what forced many to seek employment in the Industrial Revolution and abandon farming.

The American Dust Bowl also became known as “the Dirty Thirties” which began in 1930. This too had devasting consequences for agriculture and sparked protectionism which was centered on agriculture – not manufacture. Regular rainfall did not return to the region until the end of 1939, which finally brought the Dust Bowl years to a close. The severe drought hit the Midwest and Southern Great Plains during 1930. This resulted in major dust storms that began the following year in 1931 coinciding with the Sovereign Debt Crisis. By 1934, an estimated 35 million acres of formerly cultivated land had been rendered completely useless for farming.  Another 125 million acres was rapidly losing its topsoil. Once again, we have a period of 8.6 years.

Again, the next drought which began in late 1949 continued into late 1957 to early 1958 covering once more a duration of 8.6 years. This was also a severe drought in the United States. It did begin during the late 1940s in the Southwestern United States, which expanded into New Mexico and Texas during 1950 and 1951. The drought hit very hard in the Central Plains, Midwest and certain of the Rocky Mountain States, particularly between the years 1953 and 1957.  During 1956, it spread to parts of central Nebraska. From 1950 to 1957, Texas experienced the most severe drought in recorded history. By the time the drought ended, 244 of Texas’s 254 counties had been declared federal disaster areas. California was also hit very hard with some natural lakes drying up completely in 1953. It was Southern California that has been hit hard very hard by the drought during 1958-1959. There was also a widespread dust storm as was the case during the Dust Bowl which impacted the Plains with winds of up to 100 mph (161 km) that reached some 3 feet in depth (a meter).

From a cyclical perspective, the drought cycle has turned up in 2017. We do not expect this to peak until 2025. We need to understand these cycles to survive. It is the same and the Biblical story of Joseph warning the pharaoh of impending drought he said would be for 7 years.