Climate Change is about Overthrowing Capitalism 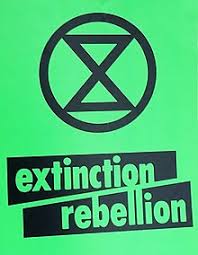 The Extinction Rebellion, formed in 2018, appears to be an extreme anarchist group that is using climate as an excuse to overthrow governments. Climate change has become a movement that advocates a hostile takeover of the world economy to end capitalism. This movement of climate protestors in Britain known as the Extinction Rebellion has a very subversive agenda. Their agenda is in line with the Green New Deal in the USA, which is deeply rooted in political extremism or what we might call today eco-socialism which is very anti-capitalism. It is clear that some on the fringes of the movement might at some point break with organizational discipline and engage in violence/terrorism as a justification for public protest to bring about change.

What is very interesting is the fact that there is obviously a movement using climate change as the excuse to impose socialism and overthrow capitalism. Alexandria Ocasio-Cortez’s (AOC) Green New Deal, and how the world will come to an end in just 12 years, has been using climate change to overthrow capitalism. Even if this were a real threat, there is no possible way to end all automobiles and air traffic in 12 years to save the planet. Tucker Carlson took on Robert Hockett, who advised Alexandria Ocasio-Cortez on the Green New Deal. He managed to get him to admit that the world will not end in 12 years. He admitted that they are using climate change to overthrow the entire economy.