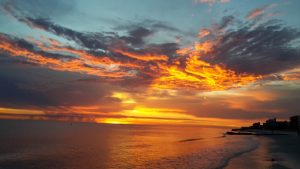 Also the Climate Change hysteria. I’ve been on that for 30 years. You are spot on.

I took 3 semesters of geology and ran the lab for my professor. He specialized in glaciology.

Martin I feel that outside of the deep state running the show and moving us into a confrontation with Russia, and a false launch, and im sure you know we have had several close calls, this climate change thing is i think in the top 5 threats to humanity. This has developed into a all encompassing religion (one completely devoid of sound science) that the globalist will use to control and limit humanity and impoverish us all.

Your assertions on this topic are spot on. My professor did actual field research in glaciology that clearly showed the mile thick ice in the Midwest.

I say to anyone who will listen, in order for me to buy what they are selling,i have to disregard much if my education from college and after from books I’ve read. Unbelievable how this deep state, media, educational
elite have deceived the people.

Enjoyed the emails – thanks Martin

REPLY: I find it amazing how people just embrace this climate change without any documentation. Geology has been a fascinating science and people do not understand that we can trace the movement of the polls based upon the magnetism of the rocks. There is something far more important than greenhouse gas and if everyone stopped having children, did not heat their home, stopped going to work, they are not going to change the fate of the planet. We are either the a fly on the rear-end of an elephant or at best a flea on a dog who finds us irritating. The planet in millions if not billions of years old and we have been around for perhaps 300,000 years.

The far more pressing issue is the risk of global cooling with solar minimum for that is when volcanoes seem to erupt on a simple correlation model. This is also perhaps when the polls flip. Even NASA is now forecasting the the next solar cycle will be the lowest in 200 years. Going into 2025, my concerns are definitely we will see a greater risk of drastic climate changes which they will distort into human caused rather than address a serious issue that may lead to major civil unrest.