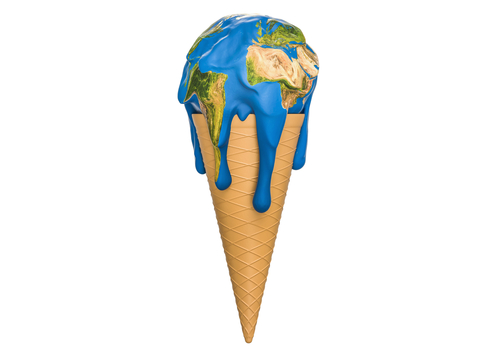 Despite all the outrageous rhetoric from AOC and her New Green Deal, Majority Leader Mitch McConnell brought the Green New Deal resolution up for a vote without any hearings after a brief floor debate. He wanted the world to see that shutting down all air transportation and ending anything with fossil fuels would not go well with the American people. So McConnell gave the Democrats in the Senate their chance to show the world just how extreme they have become.

Yes, McConnell wanted to allow the Democrats to show everyone their agenda as environmental radicals. The Democrats blinked and voted “present,” so they refused to go on record for this New Green Deal that would have no doubt been used in 2020 against them. However, with this stunt, they are claiming that they can be for it or against it since they refused to vote. How will a voter even know what they stand for? Do you vote for a person who then wants to end all air travel? One would think that is a fairly radical proposal that warrants a clear response.

« Greenland Glacier has been Growing for the past 2 years & it will Probably end up 3 for 3 when this season ends
The 8.6-Year Cycle in the Sun & Solar »