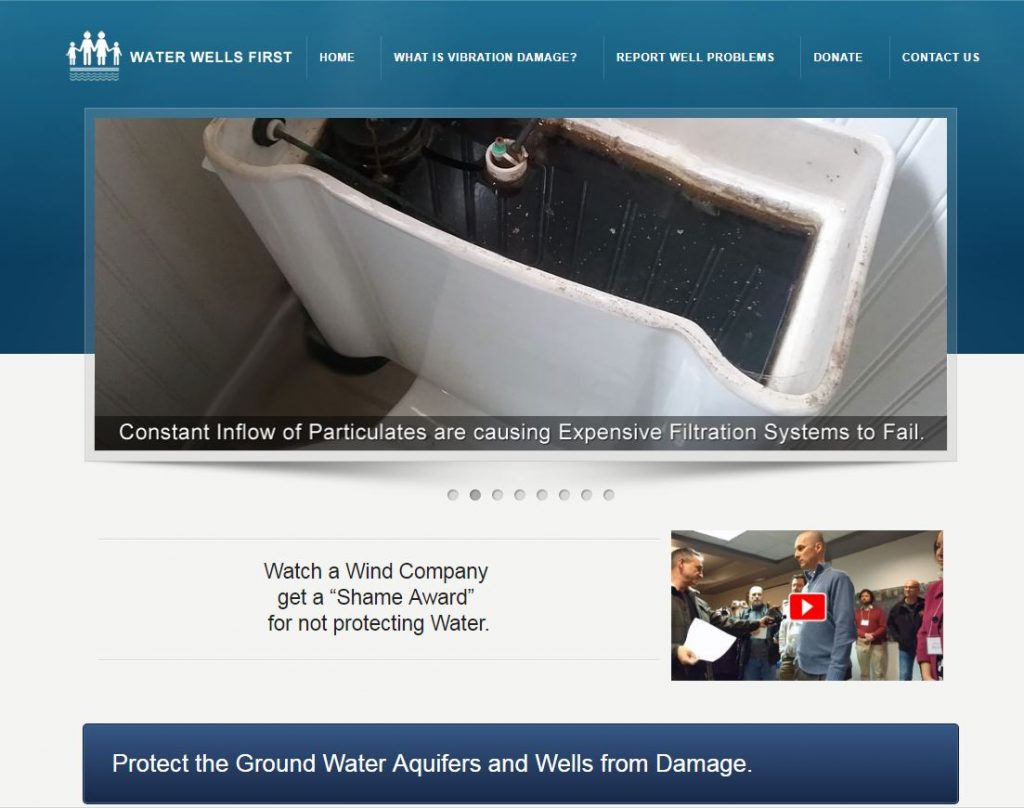 COMMENT:  When Government turns on its own citizens.
Good day, Martin;

This climate change movement here in Ontario, Canada has gone too far. Construction of windmills in a small farming area has contaminated 16 residential water wells with that destroyed the pumps and piping that feed water to farms rendering property values to almost nothing.

Driving piles into the shale bedrock beneath the sandy soil for the foundation of windmills has disturbed the water sources. The Ministry of the environment has denied the water has been contaminated therefore avoiding an easy fix to install new systems that can easily purify the water. Instead, they will spend upwards of $50 to $100 million in legal battles to sway scientific study and avoid admittance of stupidity.

It’s like a farmer’s Flint Michigan for Canada. The ministry of environment has come out and claimed there is nothing wrong with the water. The citizens formed a group called “Water Wells First” and have been sidelined and lied to. Anyone with any sense could have figured out that if wind and solar electricity production costs are 30 to 80 cents per kilowatt-hour and sold to the public for 12 cents, the difference will be paid by the tax-payer anyway to the tune of hundreds of $millions over 20 years.

Government is contaminated when they protect their own failures and fail to protect the basic property rights of the people.

REPLY: Governments are the worst evil in human society. Whenever they make a mistake, they will NEVER admit it. This is standard procedure in absolutely every department and it is universal infecting all governments worldwide. This is the political nature behind the curtain. Take the Refugee Crisis in Europe. Instead of admitting a mistake, they threaten all governments to take in a portion to lessen their own exposure. As they say, doctors bury their mistakes, but government imprisons theirs and then buries them after years of torture.

« Climate Change – Catastrophic or Linear Slow Progression?
The Mediterranean Sea Also Dried Up in the Past »