Are We Getting Sea Life High on Opioids? 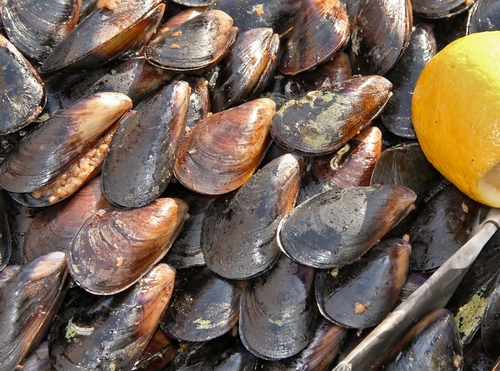 Believe it or not, mussels in Seattle are testing positive for opioids. Mussels are what are known as “filter feeders” since they absorb food from their surrounding environment. The problem that is surfacing is demonstrating the difference between “pollution” and “climate change,” which so many people assume are the same thing. Mussels absorb also all contaminants from their environment into their tissues. Scientists in Seattle used cages to transplant clean mussels from an aquaculture source to 18 urbanized locations around Puget Sound. After a few months, they recovered the mussels from the urban waters and tested them.

In three of the 18 locations they selected, the mussels shockingly tested positive for trace amounts of oxycodone. It seems the mussels are getting high. What is happening is that humans are ingesting opioids and excreting traces of the drugs into the toilet. Those chemicals in turn then end up in wastewater because not all contaminants can be filtered out of wastewater. Then the city ejects the wastewater into Puget Sound and we end up getting the sea life high.

You might want to avoid “fresh” catches around major cities.