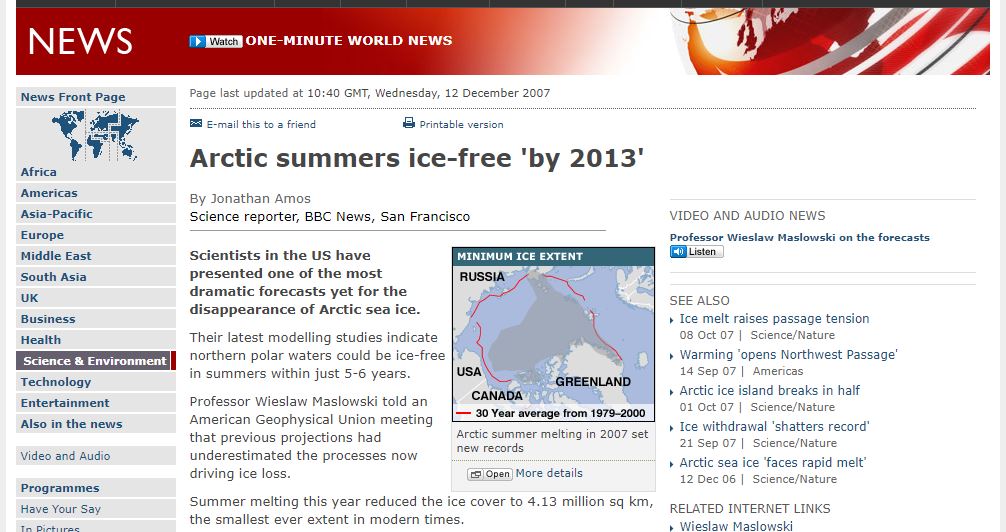 In 2009, Al Gore forecast that there would be no ice by 2013. The BBC reported those crazy forecasts back in 2007. I have explained many times that the forecasting methods used is to assume whatever trend is in motion will remain in motion forever. In other words, if the Dow Jones were to rally by 25% in one year, then they would predict that same percentage movement would continue forever. The methodology is completely void of any cyclical understanding of how everything functions according to a cycle in the universe.

« Are we Heading into a Food Shortage?
The Winter that Will Not End »