Will Italy Be the First to Deploy Military Against Anti-Lockdown Protestors? 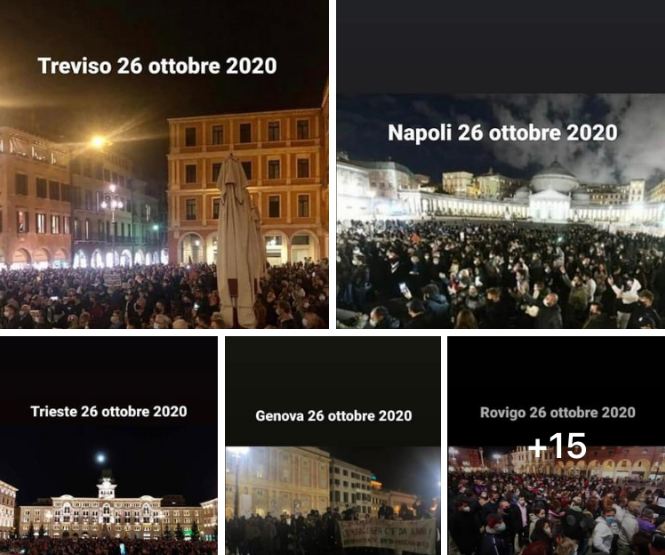 Facebook is now blocking videos people have posted from Italy showing the massive uprising against the lockdowns. The government is redefining “terrorism” to justify deploying the military against the people. The civil uprisings are nationwide and are not merely gangs of thugs as the newspapers try to paint them as also far-right nazis. The government is pointing its finger at non-Italian terrorists as in Lybia. But this is just an excuse to be able to deploy troops and military helicopters against the people. The meeting called at 5PM by the government Rome Time concluded:

“In this context, it was finally agreed on the need to verify the Law 244/2012 “Review of the National Military Instrument”, in order to identify any corrective measures in relation to the changed reference context, and to proceed with the completion of the reform process of Defense in a unitary and inter-force sense, in line with the dictates of Law 25/1997.”