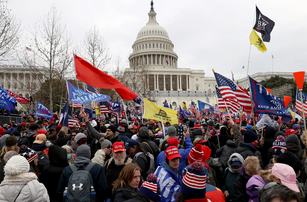 COMMENT: Marty, you are right. Republican politicians have hated Trump and look to stab him in the back every chance they get. They do not like outsiders as you said. Mitch McConnell is the latest disgusting Republican calling January 6th a violent insurrection. It is really hopeless to expect anything from Republicans in DC. They are all only after their own power.

Keep up the great work

ANSWER: Perhaps I need to explain the plot here why McConnell has joined the Democrats against his own party. You see it all hinges on their desperate attempt to call January 6 an insurrection. They are relying upon a sanction imposed on former politicians who supported the South during the Civil War. They passed the 14th Amendment on June 13th, 1866, which attributed federal rights to the states. But buried in there is Section 3 which reveals why you see Republicans who should be thrown out of office, not because they are against Trump, but because they are trying to prevent Trump from “draining the swamp” in 2024 in which both sides in Washington politics swim in together.

No person shall be a Senator or Representative in Congress, or elector of President and Vice-President, or hold any office, civil or military, under the United States, or under any State, who, having previously taken an oath, as a member of Congress, or as an officer of the United States, or as a member of any State legislature, or as an executive or judicial officer of any State, to support the Constitution of the United States, shall have engaged in insurrection or rebellion against the same, or given aid or comfort to the enemies thereof. But Congress may by a vote of two-thirds of each House, remove such disability.

This January 6 investigation is determined to declare that this was a “violent insurrection” as now Mitch McConnell is doing to prevent Trump from running in 2024. These people are playing with fire, for this will only result in the total collapse of any faith in Congress whatsoever for this is all about protecting their own deep pockets. Even criminally charging Trump does not prevent him from running for office any more than it stopped Nelson Mandella in South Africa. A felon can run for office. He could even run from inside prison. There is no bar from that since so many criminal prosecutions are for political agendas. Anyone can also run for Speaker of the House – they need not be a Representative. 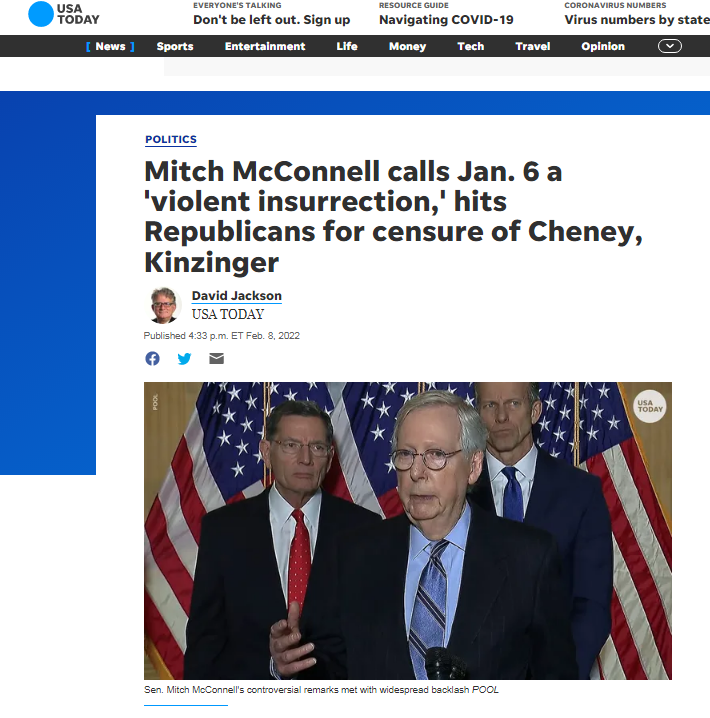 They are determined to call January 6 a “violent insurrection” despite the fact that the doors were opened for them and the FBI stated they did not seize guns from the intruders. There were government agents in the building who were dressed in black to hide their identity, obviously accomplishing a separate agenda. Then there was the planting of a pipebomb that had no detonator by some unknown person that was conveniently found not in the building but in a side street. This was most likely a strategic plant most likely yet another government agent so they could call this violent all to fit a real conspiracy.

I am NOT saying this as a Trump supporter but as an American. I am not so sure you will see Trump on the ballot in 2024. I think they will install DeSantis. This is a desperate plot to prevent Trump from running in 2024.

My point here is a Mitch McConnell is a back-stabbing politician who is making statements for the benefit of ALL politicians against the people. Here is a video from 2016, and career politicians everywhere were upset when Trump won. Suddenly, democracy became evil populism that might dethrone career politicians like Kerry and McConnell. This is why they and the press did absolutely everything to stop Trump from draining the swamp and they began an all-out campaign to try to turn the world against him.

I now get emails from people who voted for Biden admitting that they understand what I was warning about from the outset. It was NEVER an election between Trump v Biden – it was Trump v World Economic Form and this entire agenda to end democracy just as they have successfully accomplished in Europe. The head of the EU never stands for election nor does the European Commission who makes the laws. European Parliament is there for a dog and pony show with zero power of the people. These swamp creatures do not want someone elected by the people who will upset their feeding-trough. Representative government is NEVER one that is ever for the people throughout history.

John Kerry has come out many times against Trump calling him a populist who represents the lowest of the low in society. He paints Trump supporters as extreme-right and everything from Nazis to the criminals and prostitutes as in Les Misérables. He would love nothing more than to advance the UN to a one-world government. Authoritarian populism is evil, but a tyrannical dictatorship that is unelected is noble. 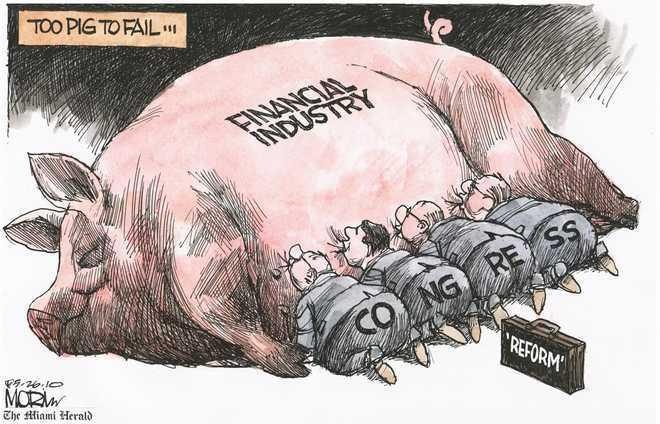 They think arresting everyone who was in the capitol building to make this an insurrection sending all those people to prison, is solely to prevent Trump from running in 2024 and to protect their own fiefdom, which is outright despicable. 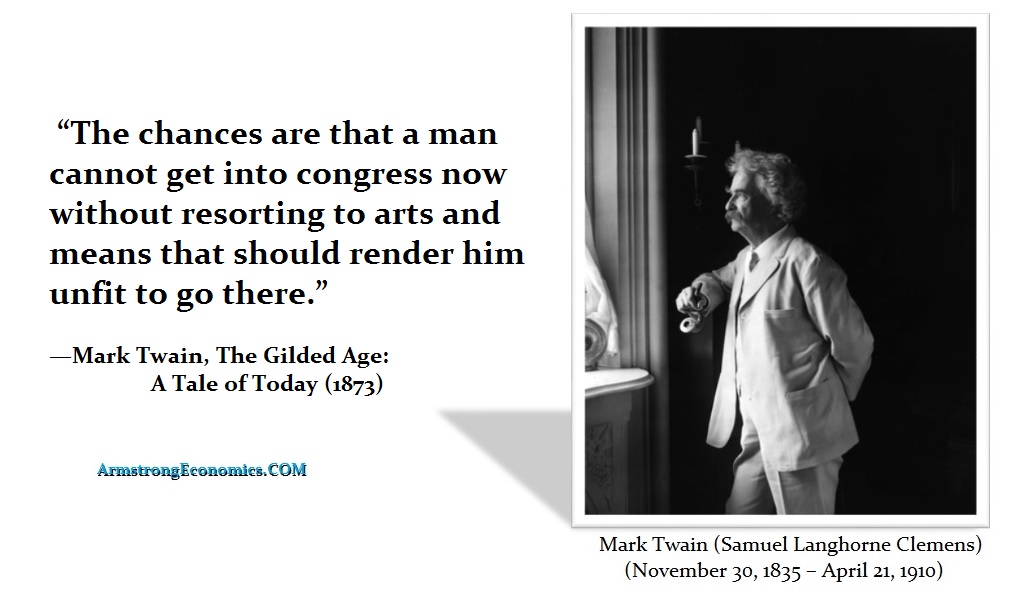