What to Expect With Civil Unrest

QUESTION: You’ve written about the collapse of communism in Europe 30 years ago and the looming collapse of socialism in the west. In Russia and Eastern Europe, most of the deaths occurred in the first 30 years of communism and few deaths occurred when it collapsed. Is it possible that for western socialism the vast majority of the deaths will occur during and just after the collapse? What differences and similarities should we expect to see between the post-communist world and the post-socialist world?

ANSWER: The early stage is the zealot period that we are in right now. People think that this is the panacea; it will solve all problems and create a new future by destroying at least 20% of businesses to recreate the economy GREEN with Guaranteed Basic Income. They wrongly think that they can hand people minimal checks and they will stay home and watch TV. This is NOT going to play out that way. It appears that they will create a civil war, and then we will see Russia and China fuel the rebellion just as the French assisted the American revolutionary elements against Britain. The same risk exists whereby there will be a lot of chaos and turmoil upfront, most likely following the US elections. 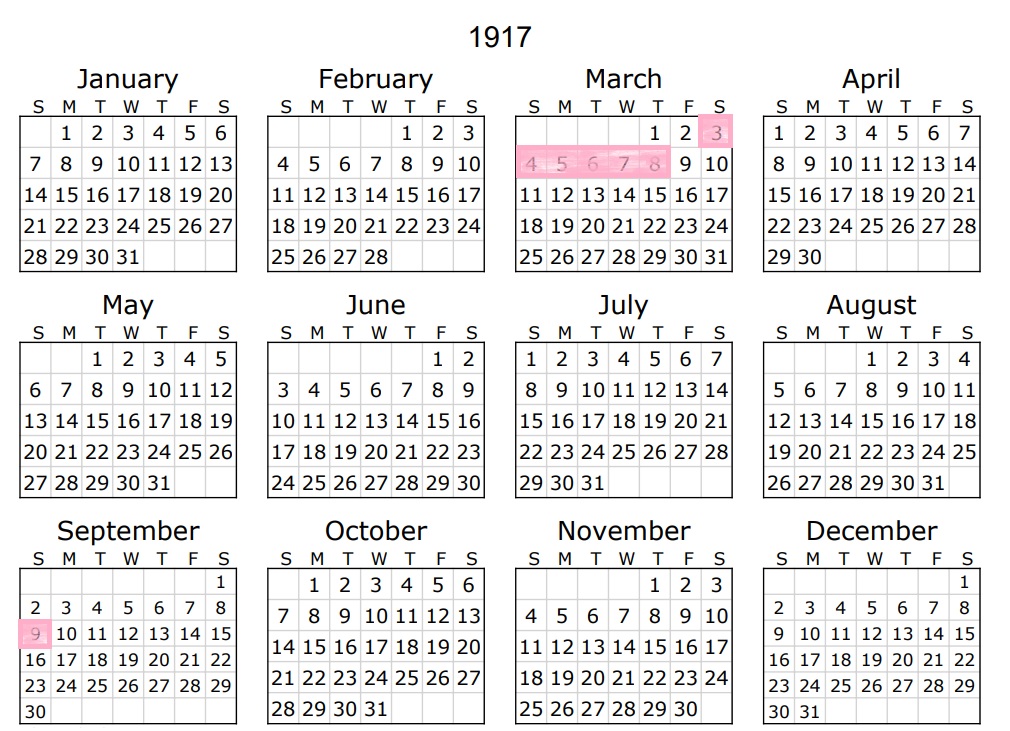 Things can erupt in just a three-month period like a three-month correction in the stock, bond, commodity, or currency market. In December 1916, Grigorii Rasputin, the controversial ‘holy man’ and close friend of Tsar Nicholas II’s family, was finally murdered after several failed attempts. The view was the Tsar was being influenced by this zealot, who today would be someone like Bill Gates with his demand to vaccinate the entire world.

The February Revolution (February 23 – March 3, 1917) began with a series of public protests in Petrograd, which lasted for eight days and eventually resulted in the abolition of the monarchy in Russia. The total number of people killed and injured in those confrontations with the police and government troops in Petrograd was estimated at around 1,300 people.

On March 8, (23 February) 1917, demonstrators and striking workers took to the streets to protest against food shortages and the war. Two days later, the strikes spread across Petrograd. Pay attention to these lockdowns for they are creating food shortages.

Then on the ides of March (15th/2), 1917, Tsar Nicholas II abdicated and also removed his son from the succession. The following day Nicholas’ brother Mikhail announced his refusal to accept the throne. A Provisional Government was then formed to replace the tsarist government, with Prince Lvov becoming the leader.

Then in April 1917, this is when Lenin returned from exile, traveling to Petrograd in a sealed train from Switzerland via Germany and Finland with the assistance of Germany.

On September 9th (22–27 August) 1917, General Kornilov, commander of the Russian army, attempted a coup ordering his troops to march on Petrograd to counter the threat of the Bolsheviks, which only supported their revolution. Then on the 7th of November (25) 1917, the Bolsheviks seized control of Petrograd.

It was 37.3 weeks between the murder of Rasputin and the seizure of the capital by the Bolsheviks. There are 37.33 weeks within an 8.6-month cycle. The Russian Revolution conformed to the 8.6 Economic Confidence Model frequency.

« Digging Up the Dirt: How Far Do We Eradicate History?
Oregon Separatist Movement to be On the Ballot »