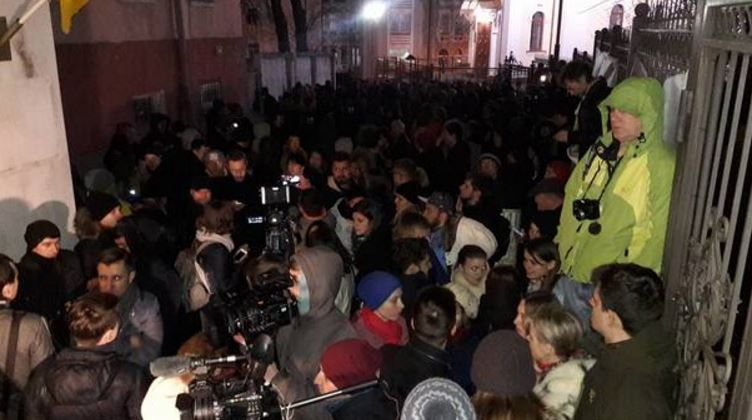 Many people have claimed that the Ukrainian Revolution was all orchestrated by the CIA. That claim comes from the conspiracy side of people who comment without any direct knowledge. I have had many friends there. One had the courage to go up to a Russian solider and thank them for protecting them and they allowed the person to take a picture with them. I published that as proof of Russian troops had entered Ukraine well before it was publicly known. (I cropped the photo to remove my source).

While the CIA began to intervene into the politics picking who they wanted for the new government, the uprising was genuine and came from the people. I was reporting in December 2013 that the uprising was starting and it was over corruption. That corruption continues and now the official who is in effect like the head of the IRS is hiding in court and the judges do not charge him because they are all part of the same corruption. Under the law, if he is not charged within 72 hours, he must be released. The people have once again stormed the courthouse and have barricaded it to prevent him from leaving.

His wealth is massive and it is assumed to have been gathered by bribes. The people of Ukraine rose up against the corruption and the West usurped the government for political purposes under Obama and Joe Biden’s son was even put in charge of energy there. The corruption continued and the Obama Administration sought to usurp the rights of the Ukrainian people to resurrect the cold war with Russia. So we are witnessing that the PEOPLE of Ukraine are still not free and the resentment remains as an open sore.

« Another Coup Building in Turkey?
Tax Revolt in Belarus Turning to Mass Arrests »