TIME – Picks Trump Person of the Year for Dividng the Nation 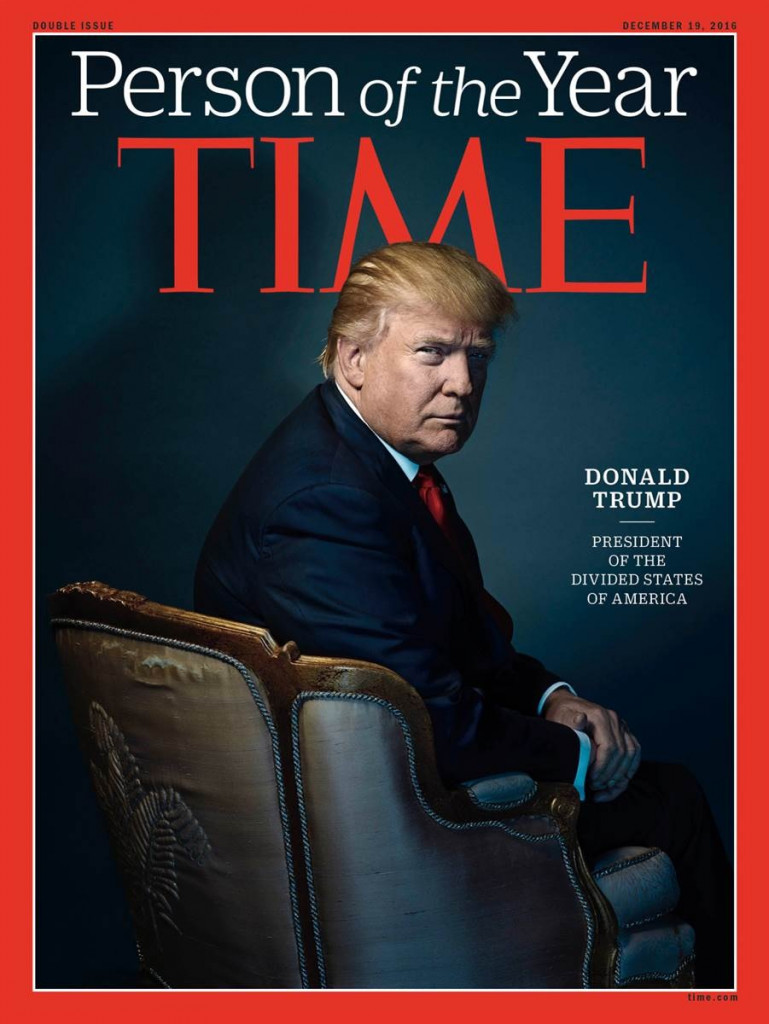 TIME managing editor Nancy Gibbs wrote the essay naming Trump the Person of the Year. “So which is it this year: Better or worse? The challenge for Donald Trump is how profoundly the country disagrees about the answer.”  TIME had ran a piece titled: Here’s Why Newspaper Endorsements May Matter This Year. Of course, they were wrong. While TIME did not give an endorsement, they appeared to give credence to why those endorsements would matter. Clearly, the press conspired against the people of the United States in droves by all trying to persuade the people to vote for Hillary and to promote the left agenda.

Gibbs also wrote: “For reminding America that demagoguery feeds on despair and that truth is only as powerful as the trust in those who speak it, for empowering a hidden electorate by mainstreaming its furies and live-streaming its fears, and for framing tomorrow’s political culture by demolishing yesterday’s, Donald Trump is TIME’s 2016 Person of the Year.”

Given the headline on the cover: President of the Divided United States, reading between the lines, TIME appears to be really endorsing the division. They celebrate the division of the country and thus take the other side. They do not encourage calm or to just wait and see if there will be unity. They in effect subtly endorse the cry of socialist protesters, Trump is Not My President. They are thus feeding into the very cycle of civil unrest that will lead to the breakup of the United States.

Unfortunately, as we move forward, this is what our War Cycle is all about. The sharp rise in civil unrest is pointing to the fact that this is going to be a serious confrontation between left and right. Trump is merely the symbol of the right saying enough is enough. The press and the left are not about to allow unity and will constantly attack him and the right every chance they get.