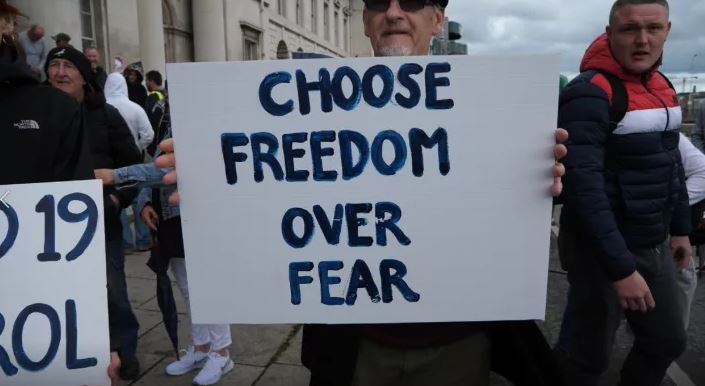 COMMENT: Hi Marty,
I hope you’re keeping well? Just to let you know that was a major demonstration in Dublin against the COVID hoax yesterday with the numbers attending being under-reported by the mainstream media. All this while days before, a group of politicians, including the Irish EU Commissioner Phil Hogan, broke every COVID rule in the book attending their own golf event. ‘COVID rules for thee but not for me’. Yes, you really can’t make this shit up in little ole Ireland.
Please continue spreading the good word!
Regards,
E

REPLY: There will be more mass protests in Canada and Europe next weekend. This entire object of lockdowns and masks is to prevent a revolution because these people are intent upon destroying the economy and reconstructing it GREEN. I have also been told that indeed my warning that the LEFT will never tolerate dissent, is so on point it is beyond belief.

A RELIABLE source explained they need to remove Trump because he is against this climate change and the forced collapse of the economy to recreate it GREEN and he is against any war. Some of these people are totally insane. They realize destroying the economy of the West and rebuilding it GREEN will not work unless they subjugate both China and Russia. They argue that war is necessary to achieve their goal. They are completely insane! So they kill several hundred million or a billion. That too will save the planet by reducing the population and Mr. Gates will be happy then.

I wish Star Trek were real. I would say: “Scotty! Beam me up! Now!”