CNN Calls Anyone Who Disagrees With Them a Fascist 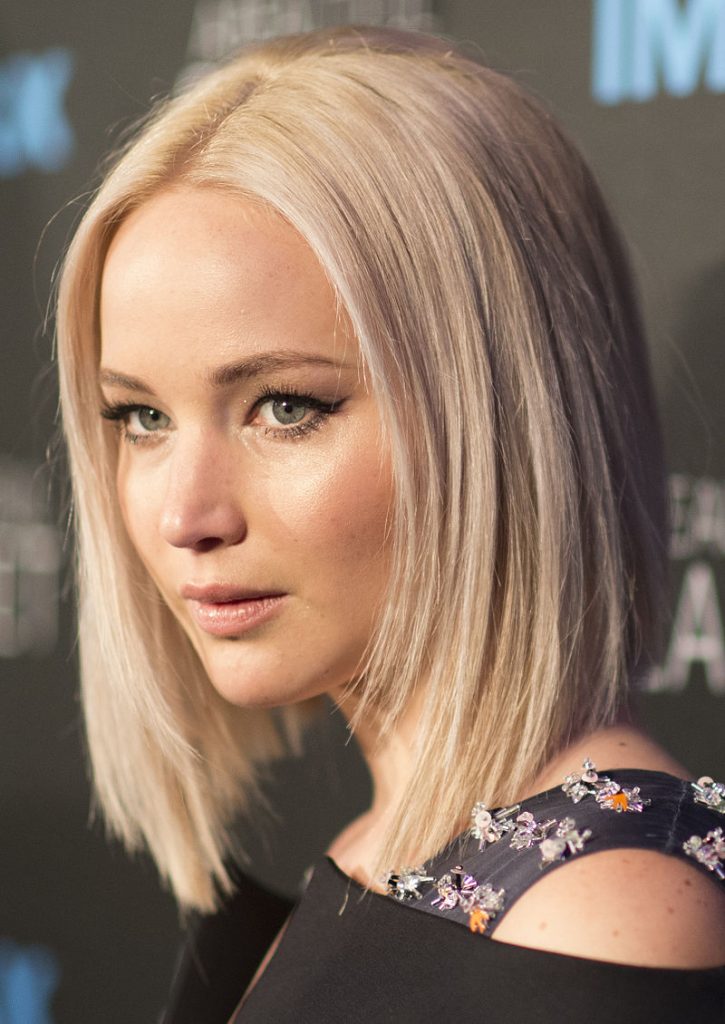 Jennifer Lawrence, who came out in 2015 and said that if Trump became President it would be the “end of the world” has finally come out and said our  politically polarized country needs to come together because “we can’t continue this divide and anger.”

“There needs to be a bridge,” she told in an interview with Vogue Magazine. “There are issues affecting us as human beings, not as liberals and not as Republicans. We have to protect the foundation of this country, and acceptance.”

The violent events of the White Supremacist rally in Charlottesville, Virginia, illustrated men brandishing torches to Nazi insignia and camouflage-clad heavily-armed men who looked like soldiers ready for the battlefield. The men appearing to be soldiers were members of armed militia organizations, who say they went to Charlottesville to provide order at the protest. The hatred building up on both sides is escalating out of control. The White Supremacist who drove a car into a crowd is just an example of this hatred that is rising. The more each side responds to the other only ensures that the violence will continue to escalate. It is by no means just the alt-right who has formed militias. 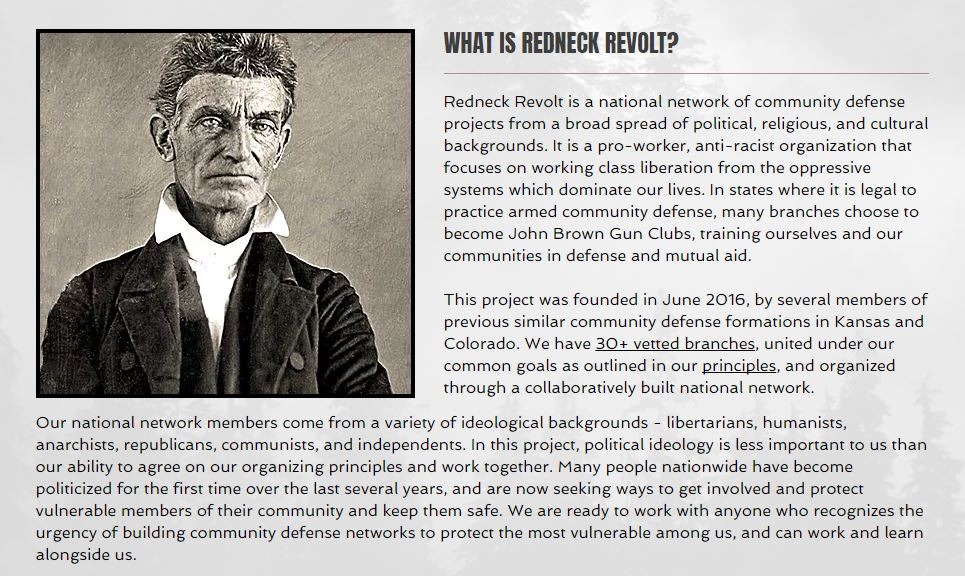 The left has also formed armed militias which promote violent class warfare so if you hate someone who has more than you, that’s OK – you are not a racist or fascist, just Marxist. The left are anti-rich and are Marxists seeking to as always confiscate the wealth and subjugate others (see Redneck Revolt). So they are fair, it does not matter your religion or race, if you have more than them you are evil. This view is preached by politicians all the time, yet is somehow just fine.

This stupid rhetoric has got to stop. I have been warning our model is forecasting tremendous civil unrest fostered by the economic downturn. The New York demonstrators keep accusing Trump of Fascism and Racism outside Trump Tower demanding all business leaders resign from working at all with the White House or they will boycott and threaten them with violence. And this will do something good for the country or New York?  The left are continuing to attribute the action of White Supremacists to Trump further dividing the nation.

The crazy left seem to have their minds filled with slogan propaganda for they clearly do not even remotely understand what Fascism actually is and this ban on Muslims from six countries is not racism since Muslim is a religion not a race. Trump has not argued against any race in this country and Mexicans are not a separate race either. It does not matter. You cannot engage in any reasonable discourse. CNN, which is becoming the greatest threat to civilization spreading discontent internationally, will never recant or show an honest debate of the entire subject. CNN is too busy making money and too greedy to see what they are doing is creating the foundation for civil war. CNN has become an extremely dangerous propaganda machine abandoning impartial news broadcasting.

At Armstrong Economics we have ALL races on our staff and we HAVE Muslim employees that travel here to the States with no problem since they are not from the six countries on the terrorist list. So it is difficult to comprehend what exactly it is that the CNN followers are so angry about if it is not plainly that Hillary lost and they just hate rich people they define as anyone who has more than they do. These conflicting views and rhetoric of groups on the left are tearing the country apart. It is their demand that everyone resign from Trump’s advisory groups that only enrage the opposition. Such demands are outrageous and they seem to use any issue to try to just suspend government until the next Presidential election come 2020. Any issue is being used against Trump and that is just enraging more people further dividing the nation.

Jennifer Lawrence is at least addressing the middle ground but nobody seems to listen. Trust me, then you will see serious violence in the streets during 2020. I would not go near any city hosting the Democrats or Republicans in 2020. I will tell you now – stay far away.

Fascism is an authoritarian nationalism, that is characterized by dictatorial power, forced suppression of opposition, and control of industry and commerce. I do not understand how anyone can claim Trump is a fascist. CNN, of course, keeps trying so desperately to create civil unrest. They have come out and said with a headline “Alt-right? Don’t be afraid to call them fascists.” We simply have to stop these stupid labels. That is the first thing we have to do to try to restore some civility.

In London, we have the Telegraph coming out really against CNN with the headline: “Fascism is not Conservatism, and conservatives must make that clear.” I really question what is going on at CNN. It is not the reliable news source, it is becoming a hateful and vindictive network that is trying to create civil unrest. If Trump were truly a Fascist, he should send in troops and shut down CNN. That would be a good fascist move.

Let’s make no mistake here. The White Supremacist rally is taking place now because the standard of living has been diminishing with rising tax levels that reduce the disposable net income of people. That is the root cause of why such rallies take place now in opposition to the leftist rallies that erupted when Trump was elected setting cities on fire – not quite nonviolent. This is all building to a place we do not want to think about.

The White Supremacist movement in the South is also a long-standing resentment of blaming the blacks for their loss in the Civil War. Slave labor in the United States was first composed of whites – not blacks. They were criminals sold to plantation owners as indentured servants from British courts. The British legal system was so corrupt anyone for the slightest offense even stealing an apple was arrested and sold into Indentured servitude, all to profit the government destroying families. As Christopher Hibbert reported in his book, Roots of Evil (1963), the sentence imposed by the judge read: 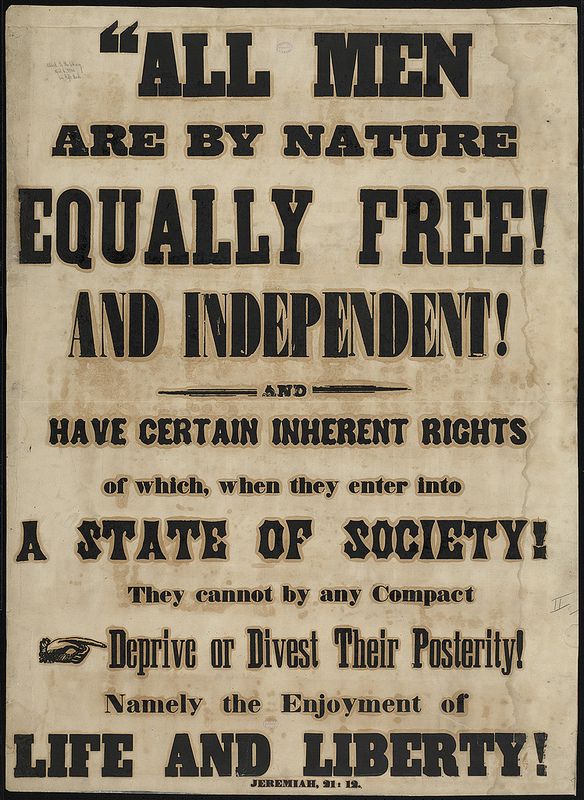 When the Revolution broke out, that supply of labor ended. It was being supplement by blacks being serviced by the Dutch from Africa. The Civil War did not begin as a racist issue, to those in the South it was a blow to them economically removing their workforce. The hatred arose post-Civil War as many blamed the blacks for the reason there was a war when the issue was really human rights regardless of their color. It was the religious right who rose up on the North against the Southern Democrats at that time. The issue split the Northern politics resulting in Abraham Lincoln becoming the first Republican President.  People will often blame others for their loss rather than accept responsibility themselves. This is why the racism took hold in America in contrast to Europe.

Jennifer Lawrence was against Trump, but she sees that this anger is festering. This is what concerns me that as the economy gets worse and governments keep raising taxes exploiting people reducing their standard of living, tensions will rise. This is manifesting in White Supremacists who have not risen up in mass since the 1960s and now we have armed leftist militia groups cheering class warfare. From the 1950 Maple Shade Township incident where Dr. Martin Luther King Jr. was confronted by a bartender who refused to serve him and his friends, it will be 72 years when we reach 2022. This trend will continue to rise and it is being driven by the deteriorating economic landscape under the surface.