Is Bill Gates Really a Racist Using Climate Change as the Excuse to Depopulate Africa?

What is really amazing is that Bill Gates’ father has long been an alleged racist with Planned Parenthood targeting minorities. Eugenics has also been about improving the Anglo-Saxon/Scandinavian portion of the white race as being superior and the black race is the lowest. We are in this era of taring down statues of monumental of Civil War generals and removing the Aunt Jemima food label because it has a “racist origin.” Anna Short Harrington worked as a cook for the Kappa Sigma fraternity in Syracuse, New York. It was where a representative from Quaker Oats discovered her as she was serving pancakes to white college boys. Her great-granddaughter is upset and responded that erasing her face from pancake mixes and syrups “hurts” their family. So if she were white and Aunt Selma working as a cook at a college, then that is ok?

This is the world we live in, which has become excessively politically correct, yet nobody is willing to mention a word about Bill Gates and how eugenics was clearly racist. Changing the name like the pancakes to climate change suddenly makes Gates not racist? 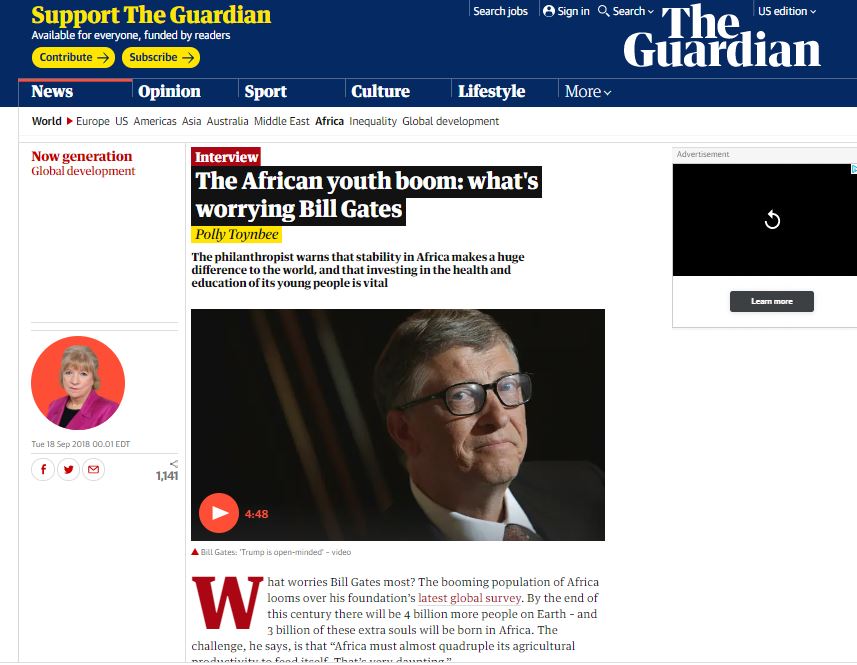 Gates has been pushing birth control in Africa for years. His vaccines have targeted India and Africa. He is obsessed with reducing the world population, yet has three kids himself. Nobody is protesting the Gates Foundation for all its racist statements, which are presented as climate change necessity. Back in 2018, he openly stated as reported in the Guardian: “By the end of this century there will be 4 billion more people on Earth – and 3 billion of these extra souls will be born in Africa.”

Very curious how Gates is not held to the same standard as the rest of the world. Guess his money buys the media.