Is a Revolution Coming?

We have an amazing number of readers in France, and I want to thank everyone for all the emails documenting what is going on. Anyone who takes videos of protests in the future I have no problem sharing them for the world to see.

The details of what moves people to revolution are important. During the summer of 1789, Paris was in a crisis. The people had been suffering from food shortages and the high taxes used to pay King Louis XVI’s vast debts because of his fiscal mismanagement the treasury was empty at the end of 1788.  The French found themselves in the middle of unprecedented political turmoil which erupted with the opening of the Estates General, France’s Parliament, for the first time in more than one hundred years. Many Parisians were also angered by the dismissal of the popular minister Jacques Necker on July 11th. Like Pelosi surrounding the capitol with troops, from the beginning of June 1789, Louis XVI had also positioned troops around Paris also claiming risk of extremists.

The militarization of Paris provoked a march to the Hôtel des Invalides, where the people also looted approximately 3,000 firearms and five canons. Instead of clothes and trinkets, they looted weapons. However, the weapons required gunpowder, which was stored in the Bastille. They then headed to the Bastille prison and tried to negotiate with its governor. That being unsuccessful, they burst into an outer courtyard and a battle erupted. By the time it was over, the people of Paris had freed the prisoners held in the Bastille because they were simply there, and they had taken the governor hostage along with three of his officers. But the hostages were soon be killed and then beheaded. Their heads were paraded through the streets on pikes. Since the storming of the Bastille was to simply get gunpowder, the people were effectively unarmed and nearly one hundred died but only eight prison guards were killed.

All of this happened on July 14, 1789 (1789.53) which has been known in France as “Bastille Day” ever since. Once Louis XVI heard that the Bastille had fallen, he asked the duke de La Rochefoucauld: “So, is there a rebellion?” To which the duke retorted: “No, Sire, a revolution!”

Storming the Bastille became the beginning of the French Revolution when it was not intended as such. Yet, it has become an iconic moment in history. This was the spark that ignited the revolution forcing the King to begin concessions. That was the sign of weakness which then inspired the people’s movement to overthrow him that led to beheading both him and his wife in the hope of burying monarchy forever following the inspiration of the American Revolution nearly precisely 13 years before. 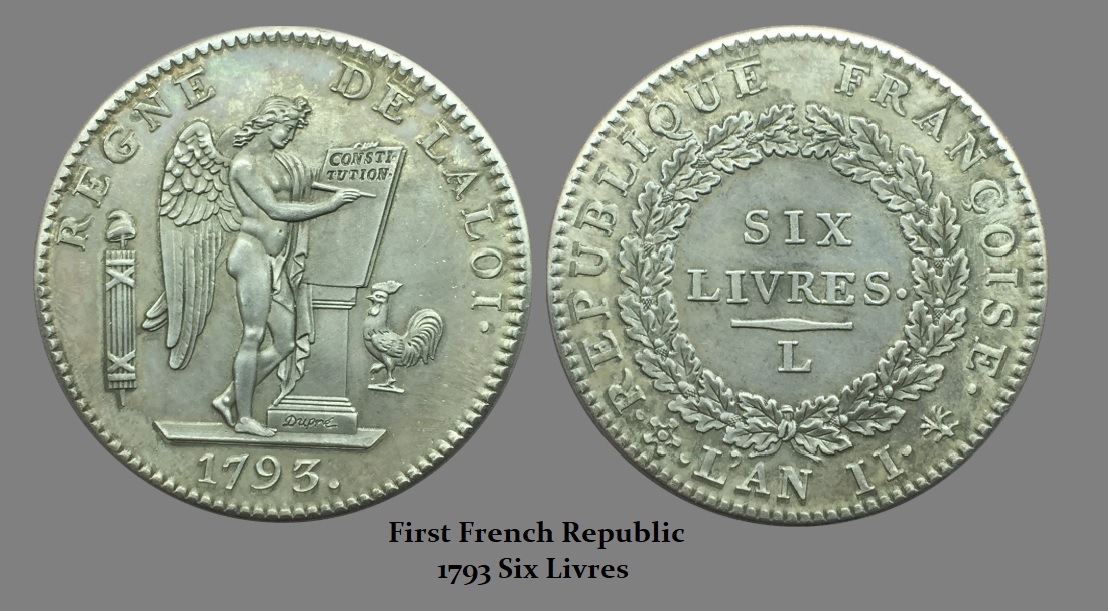 In 1880, the French made the Storming of the Bastille their national holiday. Unfortunately, France entered a century of revolutions (1789-1871) and numerous new republics after Napoleon.

Nevertheless, the two main issues that led to the revolution were (1) high taxes, and (2) food shortages which inspired the claim that Marie Antonette said: “Let them eat cake” which was the crust in the pan after baking bread.

Our models on France target 2021.73 which will be September 23/24. In 1895 on this day, that is when the French labor union CGT (Confederation Generale du Travail) was formed. In 1920 on this same day, that is when Alexander Millerand was elected president of France. Then on this day in 1941, General de Gaulle formed his government in exile in London.

There is a risk that we will have a real version of The Hunger Games as Biden pays farmers not to grow food which seems to be the reason Gates became the largest farmland owner in the USA – to stop food production?