DeSantis To Investigate GoFundMe for Fraud

Now GoFundMe has also turned against the people refusing to release the money to the Trucker Protests. Others have tried to donate in Australia and the USA and reporting that GoFundMe is just keeping the money. In Florida, DeSantis has publicly stated he is launching a criminal investigation for FRAUD. GoFundMe has committed Wire Fraud and those involved face 20 years in prison. They had the audacity to say they will keep the money donated to the Truckers and ONLY refund if people request it. That is criminal fraud. I seriously doubt that the Biden Administration will act proving they ONLY prosecute crimes that go against them. I doubt the Feds will prosecute even though this is a slam-dunk case of outright wire fraud. 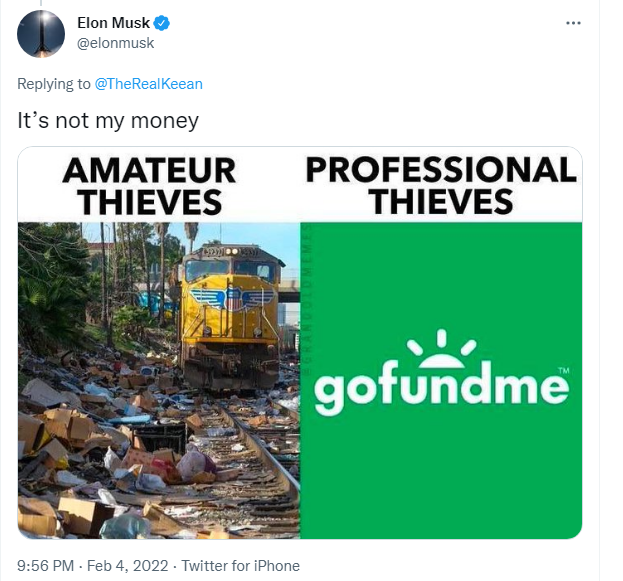 GoFundMe is accepting the money, but refusing to hand it over to the truckers. But they are also not returning it according to various allegations surfacing. Our very way of life is under attack. The LEFT is doing what they did under Marx. What is next? Instead of killing 200 million, they intend to kill 3.2 billion of us so they can rule the world their way? 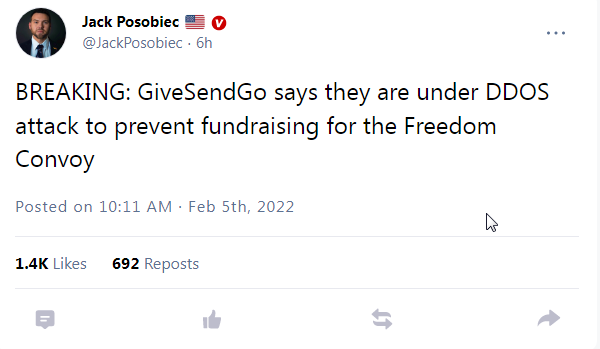 Now the alternative site that was allowing money to be sent to the Truckers, GoSendGo, has been under attack to try to shut them down. They have not succeeded. This is really a revolution in the making that will not end peacefully. The left will not tolerate any opposition. That is always the nature of those who ascribe to leftist ideology.