The Civil Unrest That Trump Does Not Understand 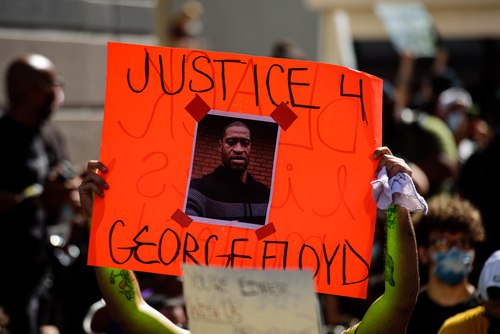 The rise of civil unrest spreading across the country is more than just the death of George Floyd. People have been dying in police confrontations for many years. The fact that they have destroyed the economy and 40 million jobs with this fake coronavirus scam has added fuel to the fire, which our computer has been projecting since 2014. They are now targeting police as I have warned is the next logical progression when they protect police for wrongful acts. This is the very same human response we saw when the Catholic Church tried to hide priests who were molesting children. In both cases, they wrongly think they are upholding the image of the organization in question, when in fact they are undermining the public confidence.

A Gallup Poll from January 2020 showed that nurses are the most trusted profession with both police and journalists at the bottom of the list. Only a slight majority, 54%, believe police officers are honest and ethical. The view of fake news journalists is that now only 28% see them as ethical.

If Trump does not understand that the root of this frustration is the very lockdown, then he is throwing gasoline on the fire. He needs better advice, for this is stupid and shows a lack of analytical minds advising him at this time. You cannot simply look at the surface. The riots of 1844 that turned into gun battles against the Irish was because they were the last off the boat and were willing to work for less in a period of also rising unemployment as we have today.

We MUST look at the underlying economic conditions. That cannot be ignored. Prosecuting this one cop will not resolve the unrest. If he is found innocent, well, watch what happens! Trump’s suggestion that state governors should send in the U.S. military to quell unrest after five officers were shot and wounded in an escalation of tensions is inviting civil war. While looting should be stopped, the US military cannot take action directly against the people. That is the wrong thing to do. They must remain detached from the image of the police.