Australian Truckers Beat Govt – We Can Too 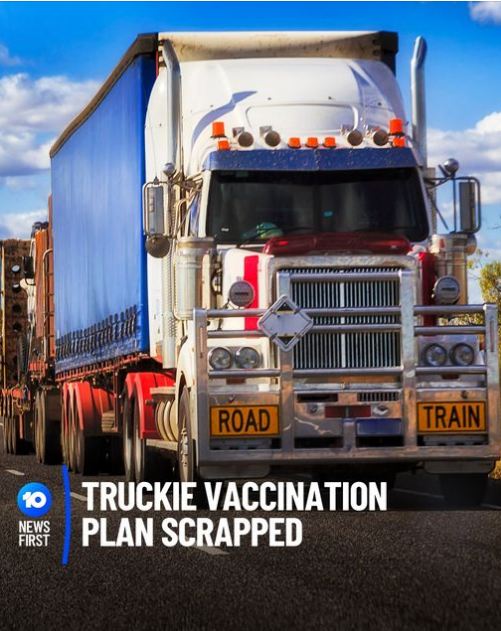 The Australian government is claiming that truckers pose a danger for they were spreading the virus around the country. They ordered the truckers to be vaccinated or lose their job. They refused to show up to work and others blocked the roads. The Western culture of freedom is falling into the final bastion of the once free world spiraling down into a new sort of Dark Age. The politicians are promised by the elite that they will be the cream of the crop and always rise above the Great Unwashed. The elite above them thinks that they can simply bribe their way through anything and like a queen bee transform us into worker bees to support their hive of power.

But the power always rests with the Great Unwashed for throughout history the elite end up with their heads paraded among the streets on spikes. The real power to change the world always resides in our hands. For if we simply refuse to work, we shut down their hive. What if everyone stood up and refused to pay taxes or their mortgages? Sure, they can prosecute a small group. But they cannot prosecute everyone.

What the truckers have shown to the world is that even the political elite will starve without food transportation. Hence, the power resides ALWAYS with the Great Unwashed. These people ALWAYS think they are the NATION and become drunk on their own power, ignoring that they are NOTHING without WE THE PEOPLE.