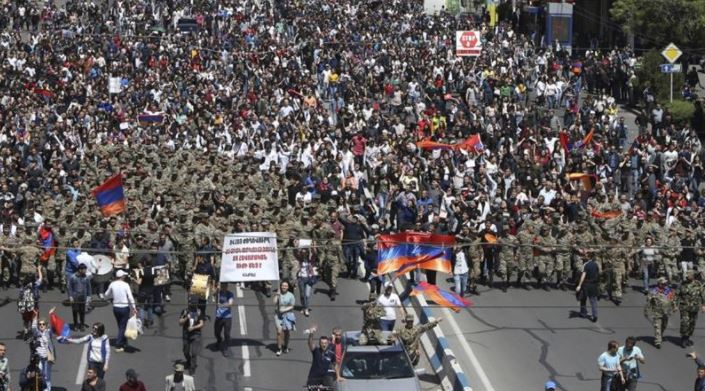 The protests in Armenia are continuing. Now Al-Jazeera reports that the soldiers are joining the people. Back on April 23rd, Armenia celebrated the resignation of Serzh Sargsyan, the man who had ruled Armenia for ten years as president/dictator and then for a week changing his title to the Prime Minister. Everyone celebrated and shops ran out of champagne. However, the protesters are back on the streets now realizing that you can get rid of the head of state, but the bureaucracy remains. That is our problem in t6he USA where the bureaucracy is trying to overthrow Trump.

As most put it in Armenia, they overthrew the “tsar”, now they are protesting to overthrow Tsarism. The new acting Prime Minister, Karen Karapetyan, represents the status quo ruling Republican Party without standing for election as in the European Commission. Now we can add Armenia to the long list of countries where people are rising up against the establishment.