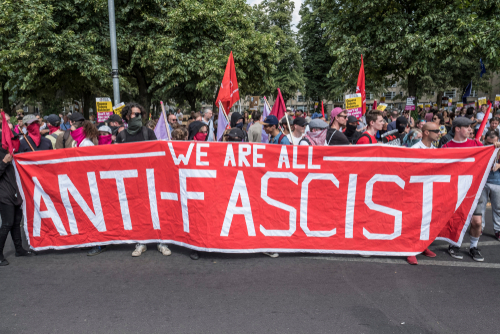 The rising left Antifa movement is a conglomeration of left-wing autonomous, self-styled anti-fascist militant groups in the United States. The principal feature of Antifa groups is their use of direct action, harassing those whom they deem to be fascists, racists and right-wing extremists. They have actually become the very fascists and communists they pretend to object to. This is what I have warned about. The further you go to the left you meet the extreme right and both advocate violence but for different reasons. 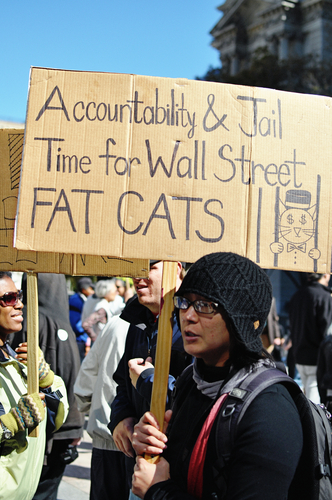 Patriot Prayer members and Antifa members were facing off in downtown Portland. Police declared their actions as a civil disturbance and ordered everyone to leave. The police were confiscating weapons from the protesters showing that they are indeed violent. Welcome to the breakdown of all civility. These groups will simply be violent and threaten anyone who opposes their ideas.

The real problem is that they do not even understand what a Fascist is. Fascism is a form of radical authoritarian ultranationalism, characterized by dictatorial power, forcible suppression of opposition and strong regimentation of society and of the economy. Under Fascism, which they accuse Trump of being, he would then surrender control of his empire to the government. Certainly, Trump has no such policy. This is the problem that people even call the anti-Islam racist when Islam is a religion and not a race. The ignorance is just beyond all conception and these people are violent under labels they do not even understand.

When there was the Occupy Wall Street protest of October 6th, 2011 in Philadelphia, it was right in front of my office at that time across from City Hall. They were not violent. But then too they were yelling slogans that sounded great to everyone but made no sense. I came out of the office and they yelled at me and called me a “Corporate Liberal” which I just looked at them in amazement. I was not sure what it was supposed to be. Was I some corporate director who gave money away? I still have never figured that one out but it always brings a chuckle.