QUESTION: First Brexit then Trump, do you see the same coming in 2019 in Canada? France ? Germany?

ANSWER: Yes. This is a private wave. Unfortunately, this is where we will see the greatest confrontation between left and right. There will be rising civil unrest from the left that threatens civilization as we have known it. This is also the Sixth Wave, so we will see the collapse of Western government instigated by the left. What comes afterwards will be a new government and a new public wave. 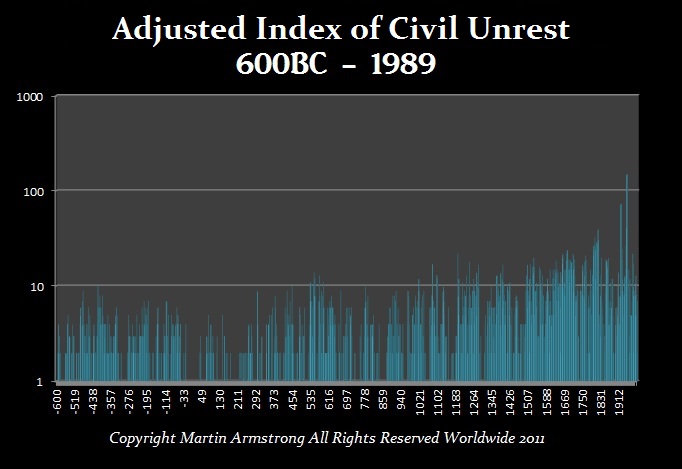 As we move into this cycle that turned up in 2014, we will see civil unrest far greater than what existed to create the revolutions against monarchy during the 18th century. We can survive this if you understand the root causes. The primary cause is the corruption in government.

« Are We Getting Dumber?
Refugees Gang Rape Swedish Girl & Broadcast on Facebook »