Will the Fed Cap Rates? 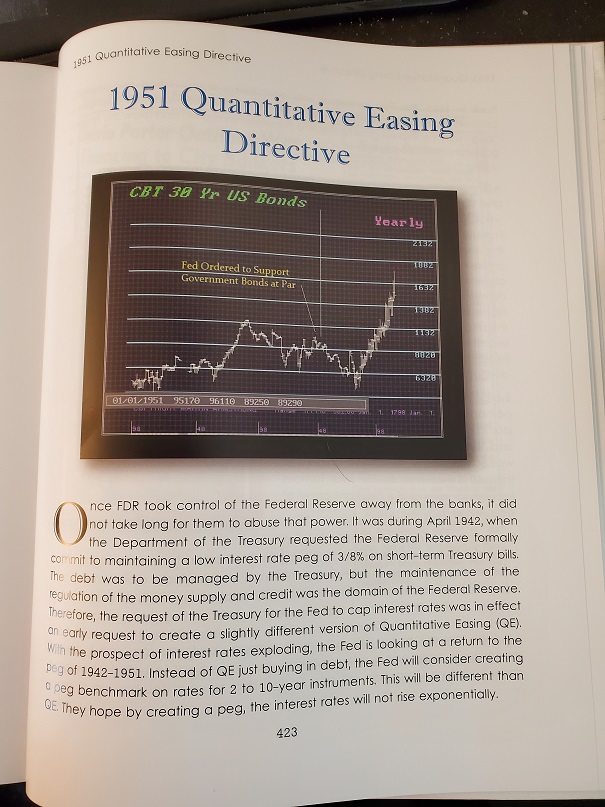 QUESTION: Do you think the Fed will venture into capping the long-term rates as they did during World War II?

ANSWER:  There is much talk that the Fed will go into yield-curve control in the near future. Some expect that if the Fed does employ yield-curve controls, they expect that yields would be capped on either the two-year, three-year, or five-year Treasury bonds. Any time the Fed has attempted to fight the free market, they have lost.

I went into that in detail in the book, “Manipulating the World Economy.” The Treasury requested that the Fed cap rates in April 1942. They would have to buy debt if the rates exceeded the arbitrary cap. A widely-read journalist at the time, Sylvia Porter (1913-1991), reported that the Treasury Secretary Morganthau Jr. was acting like a dictator. In 1951, with the Korean War, inflation began to soar and the Fed entered an all-out war with the White House. They refused to continue to cap rates, for they would end up buying all the war debt.

The same thing will happen this time. We have reached the point of no return. Governments are using this virus because they have lost the ability to fund themselves by selling bonds with rates locked into negative positions in Europe and Japan. The Fed has been trying to hold up the world, but they are losing grip. Any attempt to cap rates will result in the Fed finding themselves in the same position of having to buy all government debt. If the Fed even tries to take that position, once the world sees that the Fed is also powerless, we will enter the Monetary Crisis Cycle where everything comes undone.

« Is the Fed Public or Private?
Central Bank Crisis Expanding »