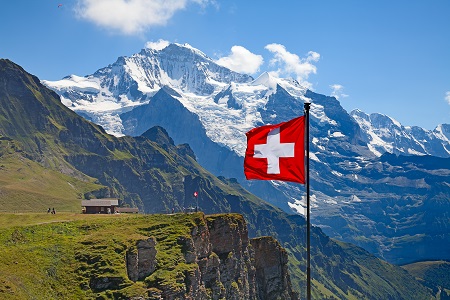 QUESTION: Mr. Armstrong; Why is the Swiss Central Bank buying American equities? On the one hand you would think it is manipulation, but on the other, why manipulate the US share market?

Any clue since you have met with them directly?

ANSWER: I wrote about that explaining that the central banks have been buying equities since 2014. The Swiss National Bank posted its latest 13-F holdings showing it has been buying equities at a stepped up pace during the first quarter 2017. Their total equity holdings have now reached $80.4 billion, up $17 billion from the $63.4 billion at the end of 2016.

The central banks are trapped. Lowering interest rates to virtually zero reduced their yield on reserves and they cannot sell off government securities. The only viable hedge is US treasuries in the bond world against the chaos of the Eurozone. That offers no diversification, just more government debt. The ECB owns 40% of European government debt. The Swiss are buying US equities as a hedge against the Euro and political unrest. This is not manipulation. They lost a fortune trying to maintain the peg and franc with the Euro. They cannot use pegs, so the only alternative to just buying US Treasuries is private equities.

The central bankers understand what our model is warning about. As confidence continues to decline in governments, the central banks can go bankrupt UNLESS they too diversify out of government bonds.

Granted, nobody wants to talk about this yet in public. This is NOT manipulation – this is cover your ass time. We have been recommending this trade to institutions for the past 5 years.