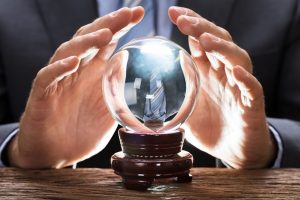 The National Bank of Romania (BNR) is turning to ancient rituals to predict future economic movements. Gabriela Dima, 64, often referred to as Minerva, holds two majors in psychology and cinematography. She also happens to be a popular fortune teller, a Bucharest fairy, and the newest hire of Romania’s central bank.

Inflation in Romania reached 15.05% this June. Last month, the National Bank of Romania voted to raise interest rates by 100 basis points to 4.75%. What will the bank do next? Perhaps Minerva knows.

Fortune telling has been a long tradition in Romani culture that dates back hundreds of years. Although the church shunned the practice, people remained superstitious and often looked to tellers for advice. Minerva has not disclosed her position at the central bank, but BNR declared that she is indeed employed there. So perhaps she will lighten the sentiment and give some of the population a boost of confidence regarding the future. Either way, her advice will be better than any analyst following Schwab’s Great Reset agenda to topple the global economy.