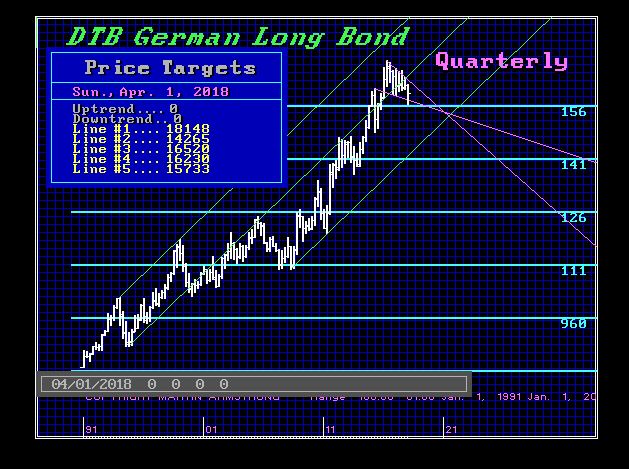 Mario Draghi is by no means going to stop his Quantitative Easing program. All my sources behind the curtain express fear what will happen when Draghi leaves. Who will buy the government debt and who will keep subsidizing the governments of the Eurozone? Draghi has not merely declined to end Quantitative Easing, he has pledged to continue to reinvest in debt when it matures because he knows there will be no bidders. The ECB is exceeding 40% of all Eurozone debt on its balance sheet. There will be no bid for Eurozone debt and even the German bunds are reflecting weakness.

Draghi has publicly even distanced the ECB from the monetary policy considerations of Austria’s central bank chief Ewald Nowotny, a board member. Nowotny told Reuters in an interview on the future of bond purchases would decline and possible interest rate moves to the upside were coming. The ECB came out and publicly stated that the views of Governor Nowotny did not represent the view of the Governing Council. This is confirming our sources which have been stating that Draghi realizes he is trapped and he is trying to hold it together until he leaves so he will not be blamed for the mess he has created in the world economy after he leaves in 2019. I hate to tell him, but I do not think he will win that race out the door before chaos hits.