Central Banks Trapped by Their Theories 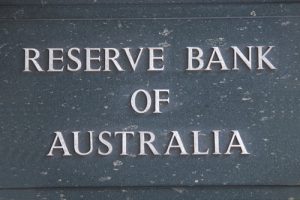 I can understand how JP and EU backed themselves into a corner with negative rates. Happy to give them the benefit of the doubt when this all started 3-4 years ago even though it was obvious this was not going to end well.
However, what I don’t understand is the thought process that reserve banks today need to perpetuate eternal growth when I would think their role should be to smooth out extremes (debatable this is even possible).

RBA is a case in point as while the Australian economy is slowing, it is nowhere near terrible. There is talk that they will now also look to lower rates to near zero and start QE. I get that all reserve banks are looking to maintain lower exchange rates and so they need to keep pace with the rest of the world but one would think they would learn better from mistakes of EU and JP.

My question is, is this a global conspiracy or just plain stupidity?

ANSWER: The original theory was to smooth out the business cycle. The political governments turned to the central banks and argued that they were responsible for the money supply. Therefore, it was allegedly their duty to control inflation irrespective of the spending of politicians. This was an inconvenient economic truth.

The problem is that the ONLY theory they have is the Keynesian Model. They really have no other theory to rely on. So they keep lowering rates, hoping to stimulate demand and are oblivious to the economic reality that the political side is hunting taxes and becoming more aggressive in tax enforcement. The two sides are clashing and the central banks are now TRAPPED with no alternative. They are afraid to raise interest rates for they assume the economy may plunge. Yet, they are also looking at the national debts that governments never pay off. Raise the rates and the government budgets explode and that comes back as a political disaster.

A lot of people have asked me if I would step in and restructure this mess. To even do that you have to have the crisis first. There is no way they will allow anyone to come in and avoid this crisis. They will pray at the foot of their bed before each night that their theory will somehow work. That is not going to happen or prevent anything. We must experience the pain before they would EVER consider any reform. 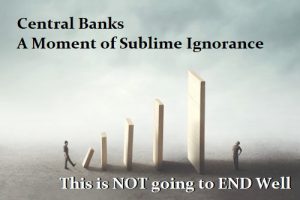 This is sublime ignorance rather than a conspiracy. It brings to mind those famous last words: Father, forgive them for they know not what they do!