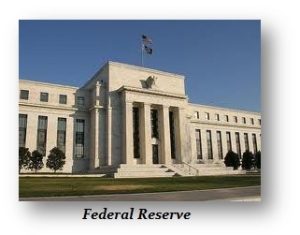 QUESTION: You commented that the central banks had a difficult position when they were on the gold standard compared to post-1971. Could you explain that difference?

Thank you for the education. Its better than any classroom.

ANSWER: The United States created the Federal Reserve in 1913. Prior to World War I, central banks were long-established in Europe like the Bank of England in 1694. What you have to understand is that BEFORE World War I, the central banks of Europe were faced with two duties because there was the gold standard.

1.) The first was to defend their currency’s parity with gold and thereby the entire edifice of the international gold standard. This required raising interest rates and keeping the total volume of money and credit under control, often with contractionary effects.

2.) The second responsibility was to act as a lender of last resort for their banking system by supplying emergency liquidity. This necessitated an expansion of credit and a lowering of interest rates.

Post-1971, the central banks were no longer required to intervene to maintain the exchange rate relative to the gold standard, which is more or less similar to Hong Kong managing the peg to the dollar today. 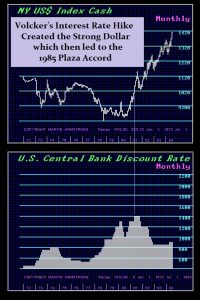 Paul Volcker raised interest rates insanely into 1981 to stop inflation, but he ignored the consequences that would have on the value of the dollar on world markets. This was the stone that hit the standing pool of water which then at the 1985 Plaza Accord suggested that Europe create a single currency. One mistake is never corrected and never acknowledged. They constantly create a new scheme to solve the last one they created.