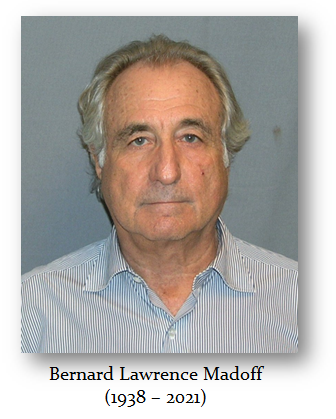 For those who just read the news and believe whatever they report, in the industry, everyone talks all the time. If Madoff was losing billions trading, everyone would have known. It is one thing to have a portfolio of assets that itself collapses in value which would NOT involve trading. Such an event presents a more private issue. Still, everyone would suspect something for the news would be circulating around as to what he bought. There is just no way money vanishes. The likely prospect is that Bernie was aware of the dark side of Wall Street and perhaps facilitated that for a price. 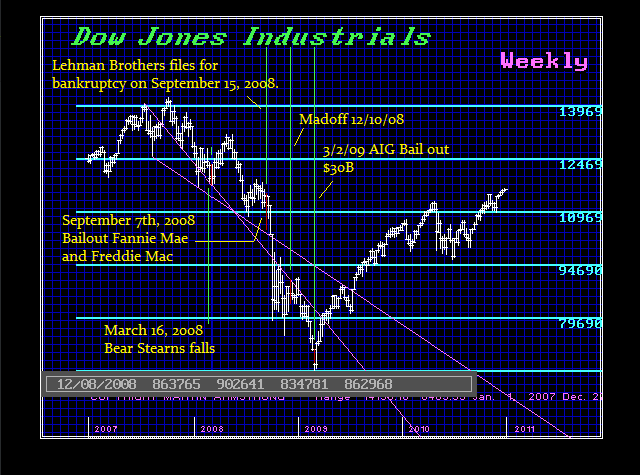 Bernie’s case began on December 10th, 2008. Lehman Brothers and Bear Stearns both collapsed and the Fed took over Fannie & Freddie before that date. The collapse of Lehman shocked the world and that unleashed real panic on Wall Street. The rumor was that Hank Paulson, ex-Goldman, allowed those firms to collapse thereby eliminating two of the 5 investment banks for Goldman.

That above all contributed to taking down Madoff, but then came the bailout of AIG which was really to save Goldman Sachs. AIG owed tons of money to Goldman. So they bailed out an insurance company with NO statutorily to say, Goldman Sachs.

No doubt, Bernie was hit with withdrawals and on whatever investment he did have in place, he would have lost a fortune without a Ponzi scheme. With the practice of laundering money going on in NYC, no doubt the counterparty risks collapsed. That most likely pushed Bernie over the edge. Was it really just a Ponzi scheme, or an elaborate money laundering machine for the Dark Side of Wall Street?

Understand one thing. Madoff did not collapse in isolation. His losses were conveniently and suddenly attributed to a Ponzi scheme. That eliminated any other involvement. Calling something a Ponzi scheme as a matter of law meant that EVERY transaction was a fraud. Therefore, that cuts off all investigations to understand what really happened. It is no longer needed because everything and every transaction need not be investigated because it was all Bernie as a fraud – nobody else.

As long as they called it a “Ponzi Scheme” there was no investigation into money laundering.