Bankers: Have They Ever Been Good? 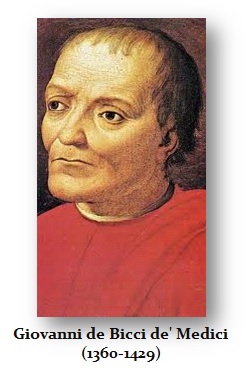 I hope you are well. I ask you:

1. What were the contributions to the economy and international trade, of the great bankers of the modern history, such as, Medici, Fugger, Welser, Berenberg, Rothschild and Morgan?

ANSWER:The contribution was to facilitate the advancement of society by enabling the free movement of capital and thus the integration of commerce. Of course, people will immediately disagree with me by citing the Rothschilds who did lend to the governments of Europe. They were more of the exception rather than the rule.

The Medici were different. Raymond de Roover, who became a Professor of history at Brooklyn College, wrote “The Rise and Decline of the Medici Bank,” which was first published in 1966. It remains the seminal work on this period. He had access to contracts and internal documents. A special clause was entered into the core contract of the Medici bank “to deal as little as possible with the court of the Duke of Burgundy and of other princes and lords, especially in granting credit and accommodating them with money, because it involves more risk than profit.” (id/ p 343)

Obviously, Raymond de Roover makes it clear that the Medici did not wish to lend to the princes of Europe, for there was no way to collect a debt from a sovereign. The contract continued by warning that “many merchants in this way fared badly…our fathers have always been wary of such involvements and stayed aloof, unless it was a matter of a small sum lent to make or to keep friends.” The Medici policy was “to preserve their wealth and credit rather than enrich themselves by risky ventures.”

Indeed, later generations ignored this command, and once they lent to government, that was the end of the Medici. The Fugger’s were the German bankers wiped out by the default of Spain, which was rather stupid since they had previously defaulted after wiping out the Italian bankers.

Banking has always furthered the economy and raised the standard of living for all. When the bankers get in bed with government, society is placed in a dangerous position.Goldman Sachs is not a true banker and was rescued transforming them into a bank so they could be part of TARP. They are wheeler & dealers, not true bankers. They are in a class by themselves and should not be looked upon as even with the same stature as the Medici.