Youth Take Back Their Country – Greece 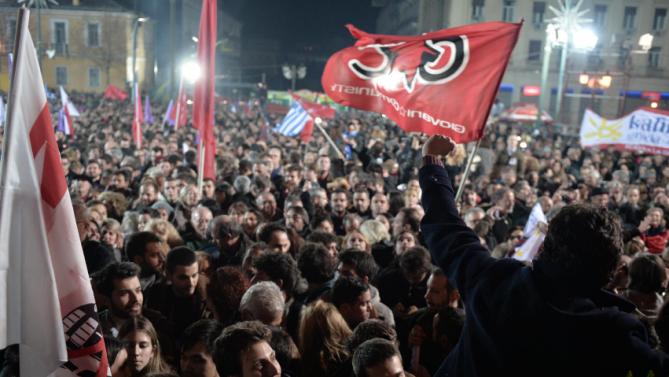 The celebrations are going on in Greece. My emails have been lighting up. This is precisely what was suppressed in Scotland and in Spain. The younger generation is revolting against what they see as the corrupt elites. One cannot deny that the older establishment of thinking is so out of touch with reality it is unbelievable.

The older generation is dominated by people who are still fighting World War II. They have passed their expiration date and by 2016, we will see a sweeping new trend of a younger generation taking back their countries around the world.

This is exciting for there is hope perhaps on the horizon. Not that this will prevent the Crash & Burn, but that this will be the passing of the crown from one generation to the next. Taxes are OBSOLETE. There is no longer any need for taxes and these draconian austerity measures create unemployment and cause the economy to implode. These insane political elites in power borrow year after year with no intention of paying anything back and they have simply refused to even look at what they are doing. It is only about them.

About 70% of the national debts are accumulative interest expenditures. This socialistic agenda has done nothing but lined the pockets of politicians for this money did not go to the poor or schools or anything else they pretend. Yes they “feel” our pain – and rachet the screws tighter to see how much more society can endure.

This is not unique to the United States. This is a systemic crisis that is engulfing the entire world. Government should be prohibited from borrowing money and only print what they need for their budget. That is it – nothing more. The budget should be capped at 5% of GDP under penalty of life-imprisonment or death – their choice. Here is the view of Germany – the so-called best of the EU. There is nothing different.

Now these brilliant elites are moving interest rates into negative territory. This funds more and more of their debt while robbing the elderly of everything they worked for over their lifetime. It is a real shame. The savings of the elderly are worthless and taxes keep rising. States are hunting pension to tax and they consume every penny they possibly can. There is no promise these politicians will not violate to keep the game going with them in power as Obama just displayed at the State of the Union address. He relies upon the press to be stupid and controlled to grid their fellow citizens down into the ground.

The wheel of fortune is completing its revolution. There is nothing we can do to stop it. We simply have to crash and burn and then hopefully the younger generation will reject these brain-dead ideas of how to run a country into the ground.