Youth Should Work For Free – Bank of Canada Recommends 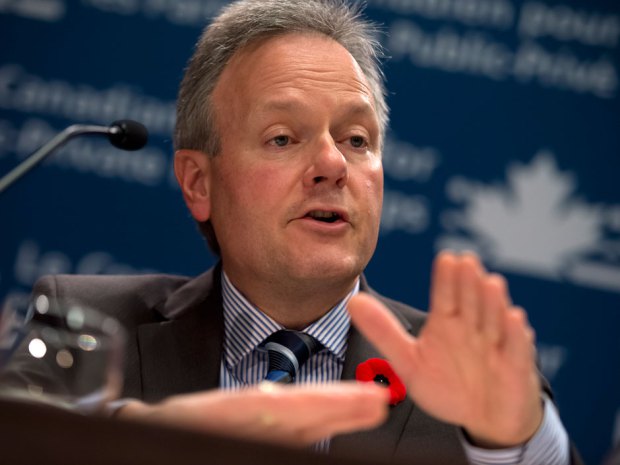 What is seriously being overlooked here around the world politically is we are dealing with a revolution of the youth as a consequence of the collapse in Marxism. Pictured above is Bank of Canada Governor Stephen Poloz who has amazingly stated that the rising unemployment among the youth who are living in their parent’s basements, should just consider working for free. That’s right! Adult children stuck in their parents’ basements should take unpaid work to bolster resumes as they wait for the recovery to take hold, which does not appear to be until about 2020.

The Bank of Canada estimates about 200,000 young people want to work or work more in Canada, but this seems to be an under-estimation.  Poloz actually said that they may be scarred by prolonged unemployment that prevents them from moving out on their own.

Here in lies the crisis and it is the product of Marxist-Socialism and raising the taxes on the hated “rich” who create the jobs, yet the average person pictures Warren Buffet not the owner of the local store selling bread and milk. Small business creates 70% of the work force – not the big corporations that banks and politicians cater toward these days. They keep raising taxes on small business preventing people from trying to expand or start a business and the tax revenues go only in the pockets of politicians – they do not lower taxes for the middle class. Great slogans that the rich should give back, but the problem is it goes nowhere but to fund the pensions of government workers – nothing to lower the taxes on the lower classes.

More and more people among the youth do not identify themselves as a member of ANY political party. The older generations still read newspapers. The younger generation read the internet. They are LESS LIKELY to vote along party lines and this is the real key to the political revolution brewing in the wind everywhere from Asia (i.e. Hong Kong) to Europe (i.e. Scotland).

This is what appears to be behind the 2016 computer forecasts for a rising third-party. We can see the sharp spikes in third-party activity during the 1890s that led to the rise of Marxism thanks to the Panic of 1893. We then see the next sharp spike rise during the Great Depression. Take note how the spike correlate to the economic downturns.

Notice that the spike rallies in third-parties have been building and already exceeding the highs that took place leading into the two major spikes in the 1890s and 1930s. This trend is building in strength that should pop with another spike in 2016. It appears to be lining up with the generational shift and this should be extremely interesting to say the least from a political revolution perspective. Now correlate that with our Cycle of War. All of a sudden you can start to see the correlation process and the convergence between just these two indicators.

We are definitely living in interesting times. Forbes reported that 60% of college grads cannot find work in the field of their study. Now 50% of the youth who are working and have college degrees, are doing jobs that do not require a degree. The numbers do look awful in Europe. In Greece, youth unemployment has risen to 57.9 percent—and in Spain, to 55.2 percent. EU-wide, it’s up from an already worrisome 21.1 percent in 2010. You cannot raise taxes, pile on regulation, impose Obamacare, then raise the minimum wage where kids got a chance to work when I was growing up getting their foot in the door and expect this to go away. There is just no management skills in government. It is all ad-hoc.

« Pound v Euro – Should Britain Just Leave? Is the Euro a Doomed Currency?
90 Yr-Old Threatened with 60 days in Jail For Feeding Homeless People »