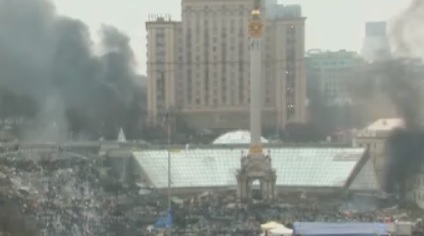 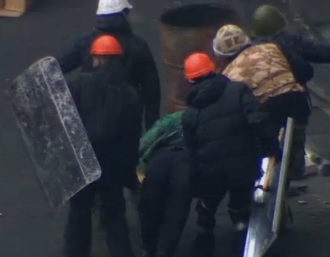 Yanukovych will go down in history as a ruthless criminal. He has effectively ordered the massacre of civilians. Gun shots filled Independence Square and now more than 100 protesters have been murdered according to their reports. All out civil war is in motion and I fear that with this War Cycle turning up here in 2014, this incident will be the spark that ignites this cycle. Expect this to really escalate after the summer. This could result in the same shift in capital flows into the dollar that we saw during World War I and II.

The huge two spikes up in the dollar were caused by European War. The sharp rise against after World War II is the devaluations of currencies and the rise in the dollar with Bretton Woods. The pattern for the dollar does not show a long-term bear market. This pattern is indicative of a market that has yet to peak. The greatest spike rallies in the dollar are war driven. 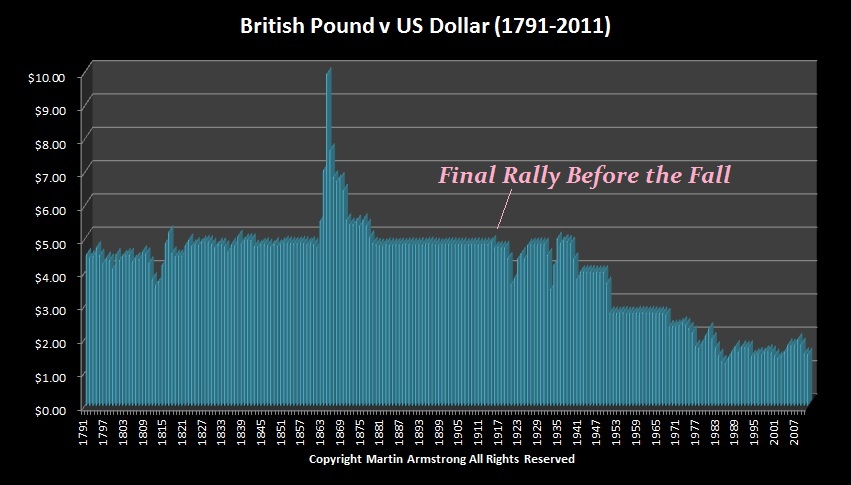 The rise in the British Pound to all time record highs against the US dollar took place also during the US Civil War. So to all those dollar haters who harp about money supply, the Fed, and just about everything else imaginable as to why the dollar should be worthless, the trump card is ALWAYS war.