The US market has been hit in sympathy because of the chaos outside. This should be expected. We have warned that China peaked in 2007 and is headed lower. The US is the ONLY game in town and the US economy has been holding up the entire world. But the growth in the USA is anemic to put it best. Chinese stocks plunged Tuesday amid a broad decline in global markets. China’s main stock market index saw its largest fall since 2009. This development was triggered an announcement that the rules should be tightened in the lending business. This is what I mean about trend. In a bear market, every piece of news becomes bearish. People associate the decline with that news but the trend is bearish to start with. The global trend hit the US market in sympathy because generally still do not trust the uptrend. There is no froth yet because the retail are not yet in with both feet.

The Major Chinese oil and bank stocks fell, some by the daily limit of 10 percent allowed by regulators, as the market took a break from a buying frenzy that has pushed up the Shanghai benchmark by 41 percent since June. Investors had been driven by hopes for an economic rebound combined with outright cheerleading by the state press. But prices fell Tuesday after China’s clearing house for securities trades raised the minimum rating for corporate bonds it would accept in exchange for short-term credit, prompting concern about the availability of financing for trades. 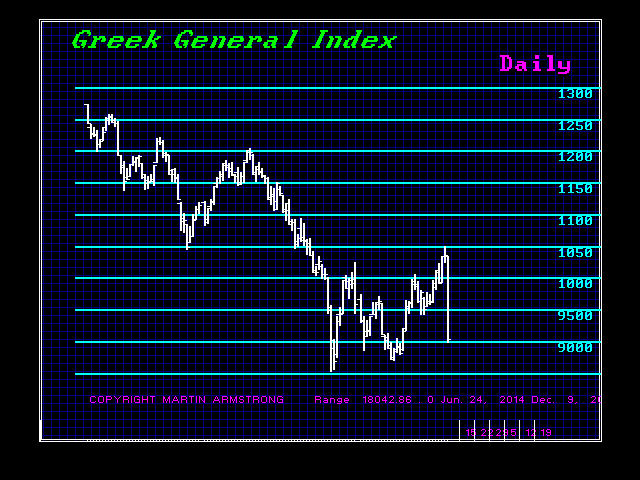 Greece was suffering its biggest one-day loss since 1987 on concerns that a political crisis might jeopardize its finances. The EU and Greece just agreed on billions more loans, and the campaign has broken out in Athens as the people are turning left thanks to the crazy austerity policies of the EU. The Greek stock market crashed because it is generally expected that the Left Party SYRIZA will dominate the agenda in the coming weeks. Meanwhile, Merkel is still trying to hold on to insanity as the Bundestag is again in a hurry to decide next week on an extension of the credit program for Greece, although the conditions are unclear. Politicians are still desperately trying to hold the Euro together yet 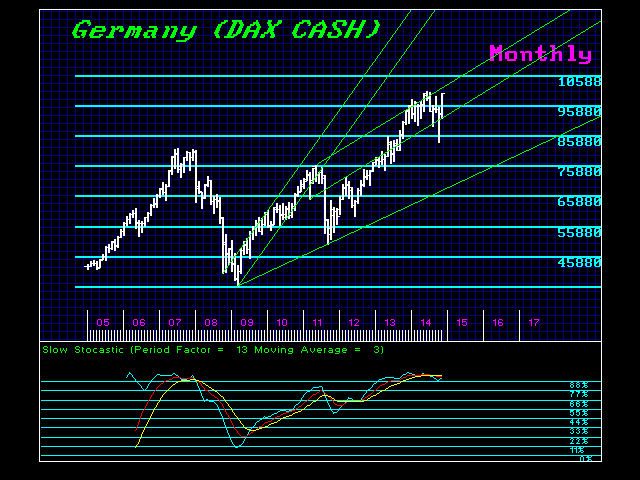 « Political Reform in Thailand – Is there Hope After all?
It is Now a Felony to Tape the Police Abuse in Illinois »