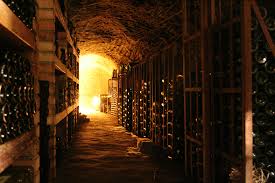 One industry which reflects the same trend that we see in crude oil, the massive deflationary vortex of economic decline, is none other than the wine industry. The wine industry is also suffering from a major glut and here too wine producing real estate has peaked in France back in 2007 and is not scheduled to bottom until 2020.

Real Estate sales in the Champagne region of France with its 300 houses and 15,700 vineyard has continued to decline. There was an initial low in 2009 following the 2007 high with the rebound into 2011 correlating with oil. The wine industry has suffered tremendously within this deflationary implosion confirming that what we see in oil is by no means some CIA plot. This dovetails in with the sharp decline in liquidity in the financial markets as well. All of these signs are pointing to a very serious economic decline ahead that may in fact reach Great Depression levels since we are starting from much higher levels of systemic unemployment.

The supply glut unfolding in wine in recent years reflects the decline in consumer demand coupled with the rising taxation and declining economic growth. The further decline in the wine industry appears on target into 2020. This reflects the same divergence during the Great Depression whereas commodities peaked in 1919 and declined also for 13 years into 1932 where they bottomed WITH the stock market.

We can see here reflected in the silver yearly chart of the era that the major high was 1919 and low was 1932. It took the devaluation of the dollar by Roosevelt to turn the tide. The strength in the dollar forced all commodities much lower. This is what we must go through as well today. As economies decline and move into default, the dollar will be driven higher.

Back in 2007, the wine industry in the Champagne region assumed the bull market would never end. They increased their production sharply just as new gold mines open going into the peak. In France. they agreed to increase planting of vineyards starting in 2008. This also coincided with a downturn in the economy that further escalated the glut in supply. When you look at the buyers, 55% of the Champagne region’s shipments are consumed in France with the balance being exported. The UK has been the biggest buyer of French wines accounting for 10% of all production followed by the USA coming in at just 6% with Germany taking third place at 4%. True, China has been a rising buyer. However, China’s demand for French wines does not even make the top ten.

Consequently, looking at the wine industry correlates to the trend emerging in oil. This confirms that what we are seeing in energy is part of a major overall trend. We see this also unfolding in the precious metals as they head into their benchmark targets.