Why the Presidential Election Shows the Coming Civil Unrest 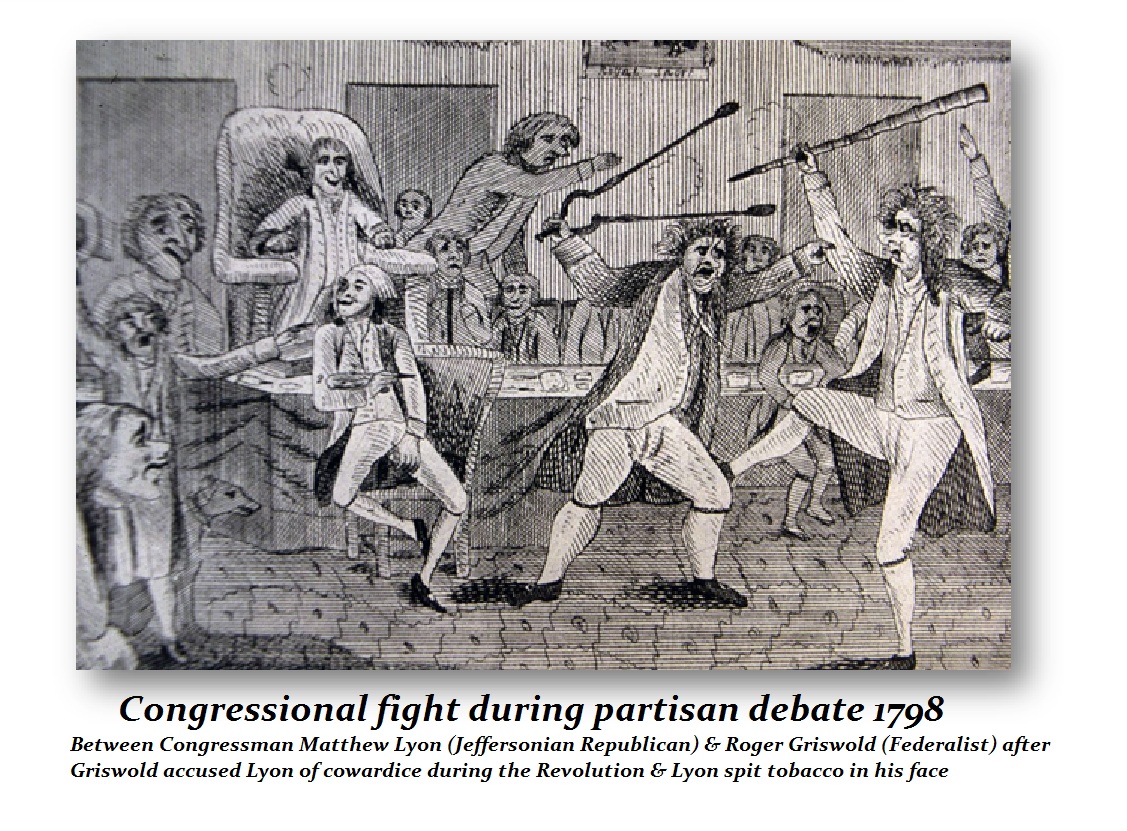 The election of 2012 was the nastiest in history. If it was only in the gutter that would have been an improvement. When we see tension like this in politics, it is a warning of what is to come, You may not realize but brawls are fairly common in history on the floor of various houses of governments in Europe, America, and even Japan. Here is a 1798 cartoon from perhaps the first fight in US history between two Congressman arguing over the size of government – Lyon the Jeffersonian Republican and Griswold the Federalist. This heated debate symbolized the ultimate collapse of the Federalist Party.

Perhaps the biggest fight to breakout was the most infamous floor brawl of February 6th, 1858 in US history of politics that was the prelude to the Civil War. The U.S. House of Representatives erupted as Members debated Kansas’s pro-slavery Lecompton Constitution into the late night. It was just after 1AM, when the Pennsylvania Republican Galusha Grow and South Carolina Democrat Laurence Keitt went to personal insults and then blows. More than 50 Members joined the melee as Capitol Hill was engulfed in its own civil unrest. It was an event where political parties went at it. The Northern Republicans and Free Soilers joined together against Southern Democrats who then were the proponents of slavery. Speaker of the House James Orr, a South Carolina Democrat, instructed the Sergeant-at-Arms to arrest noncompliant Members who were brawling. No one complied and one had his wig ripped from his head as he proclaimed:  “I’ve scalped him!” Only that maneuver stopped the melee as everyone finally broke into laughs. Nonetheless, this brawl illustrated the real tension that was of a sectional nature that demonstrated the rising tension that broke out into the Civil War.

The elections of 2012 and the nastiness of the campaign is a prelude to 2014. Tensions are rising with taxes and people are just being abused. Payroll taxes effectively rose almost 10% between the 2% rise and the Healthcare Obama Tax. Plus states are raising taxes as if they can squeeze the last drop out of every cow. 2014 is when things turn up. Should get real interesting thereafter.