Why Switzerland Is A No Go

COMMENT: “Switzerland is caving in all over the place. I just got notified the IRS wants to look at my 2008 return because I was a partner in a company back then that had a perfectly legitimate business account at UBS back then. Statute of limitations is up on my return, so I have reason to cooperate with the IRS, but I am afraid of triggering an audit if I refuse to comply.”

REPLY: The Swiss bureaucrats thought they cut a deal with the US and drew the line in the sand at 2008 where any Swiss bank is liable to the IRS for Americans who did not pay taxes. The account need not have been personal. You only had to be listed as a partner having some interest whatsoever. It is a total disaster.

The value of Swiss banks have collapsed. You cannot buy a bank there any more because it is not what they have on their books right now, but what they may have had back to 2008. You can buy a bank for perhaps $10 million that was a $100 million in value before 2007. But The bank is liable to the US for fines with no limit if they say some American didn’t pay their taxes. The only thing being sold are current assets from one bank to another. The model of small private banks has collapsed in Switzerland for they lack any ability to make money. They cannot risk dealing with Americans and Germans, French, and British are not far behind. The bureaucrats have sold the country out and are incapable of comprehending what they have done. 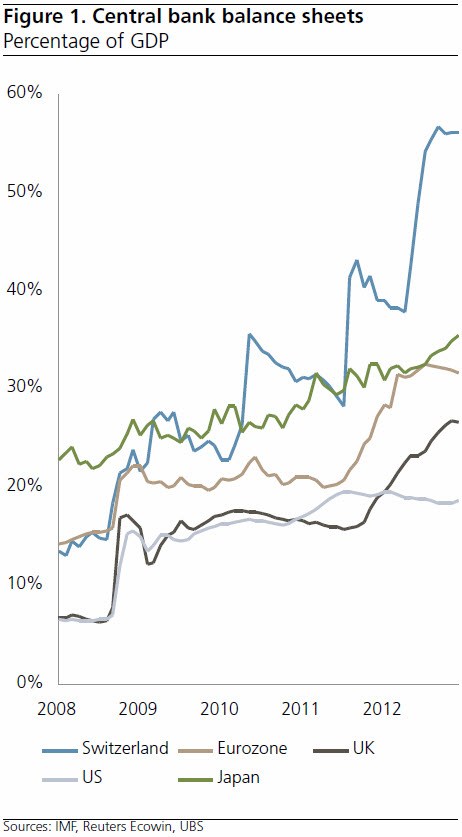 Then they pegged the Swiss to the Euro. They have the biggest asset book of any central bank buying tons of euros to keep the Swiss franc from rising or their industries have threatened to leave. The losses the Swiss central bank face on the horizon are massive.

Switzerland is handing over records of Americans back to 2008 on a wholesale basis. Any American involved in any business in Switzerland is  persona non grata. This hunt for money is destroying the world economy on a massive scale. When this cycle turns down in 2015.75, you will see a major real estate crash in Switzerland and volatility will rise sharply because liquidity is collapsing as capital is UNABLE to invest freely around the world except through some fund.

Clients from Switzerland tried to open accounts with a broker at Merrill Lynch who was familiar with our models. Merrill Lynch would not allow them to do so for they were non-American and thus had to go through only their international desk. Clearly, this smells of internal regulations to make sure whatever a client does is reported to their government for taxes. The accounts were not set up when you just call orders into a desk you have no idea who you are dealing with.

The internal compliance at firms is reducing international investment on a grand scale. The West is imploding because they are all hunting money in every direction. They cannot see that this is seriously undermining the entire economic free markets. Socialism is destroying everything.

Looks like China, Dubai, and Singapore may be the benefactors of this madness. Now, even Switzerland is giving up everyone in sight.