Why Is the Dow Vulnerable To A Correction? 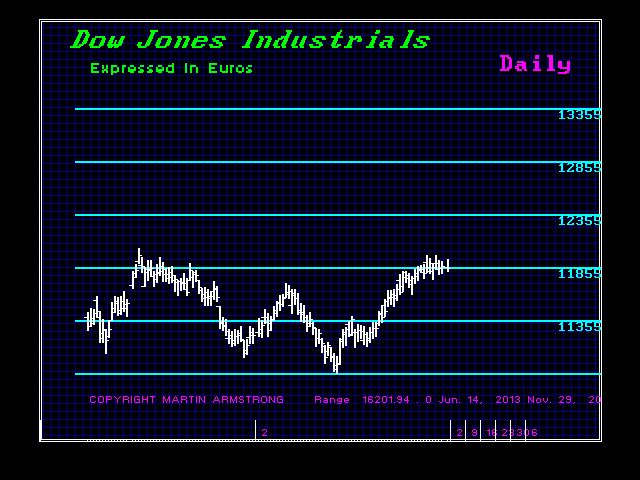 I previously warned that there was a possibility that November would produce the breakout in nominal terms, but there was still a risk that we may decline into Jan/Feb to retest support first. This type of pattern would warn of a Cycle Inversion and this is what I am concerned about. The main Global Correlation Model is starting to warn that the market is getting a bit tired on the upside and the breakout is only in nominal terms just yet. To illustrate this point, here is the Dow Jones Industrials plotted in Euros. Note that we have only broken out to the upside in terms of nominal dollars and not in terms of international value. 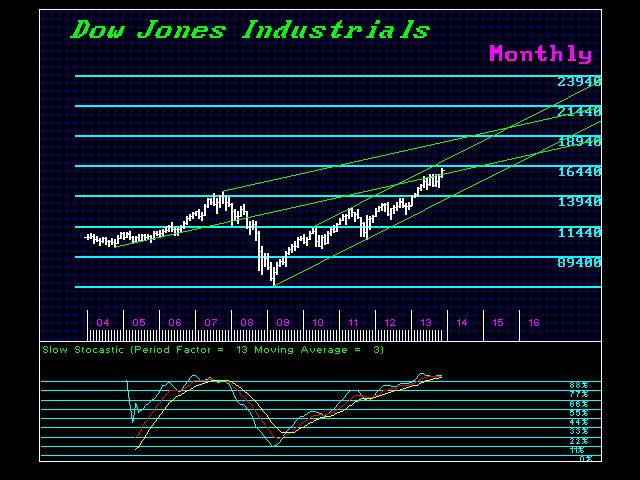 When we look at the Dow in nominal dollar terms, the oscillators are also showing the rally is getting a bit extended. We will need a correction to restore the bullishness. This implies that the decline will then trap in a lot of shorts for the TV talking heads will pat themselves on the back pronouncing their genius in calling the major high from a gut opinion perspective. The retail guy is not in as a major player. This has been a lot of institutions buying the breakout because they have no clue what to do. The simply need yield.

We will address the reversals and year-end numbers in the upcoming special report. We indeed face interesting times as everyone is baffled about the future and the whole Flight to Quality has been distorted when that “quality” being government debt is the very source of our turmoil. Cheer up. The government wants to raise taxes and lower interest rates to negative so you pay them to hold what’s left of your money after taxes. In return, they “feel” your pain, but line their pockets not yours. The new saying – Can you Feel This Now? No? Good, guess we can extract more just watch the TV. And if you say YES! Where’s your Patriotism? The People Need Your Assets. Hand then Over – NOW!