Why Government Should be Prohibited from Borrowing Money 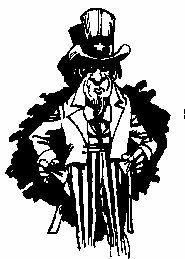 At the Federal Level, it does not matter what country you look at, post-WWII, they borrow year after year with NO INTENTION of paying anything back. Overall, about 70% of the outstanding national debts is simply interest payments.

Here is a classic example of the crisis at the local level. Debt has been used as a means to exploit the taxpayer and line the pockets of friends and contributors to the political machine. In Philadelphia, they borrowed $25 million to construct the Veteran’s Stadium in 1964. It was demolished 32 years later but the bond issue for its construction is still going 50 years later. Can you imagine you take out a mortgage on a house, it is destroyed, but the mortgage keeps going as if the house were really there?

The actual cost of this $25 million stadium with interest for 50 years is nearly 3 times what was borrowed. The corruption has penetrated everything and it has reduced the standard of living as people now require TWO incomes to survive. A politician simply CANNOT be allowed to be a career job for they will line their pockets to the brim along with friends and family. Barney Frank had relatives working in Fannie Mae.

This is why we have to reform. No public borrowing and no career politicians. Virtually every department should be privatized to prevent state pensions. Those in government just cannot keep their fingers out of other people’s pockets – impossible! This is behind everything from the NSA to Homeland Security. Instead of reform, they are digging in their heels to defend their right to exploit your money. Government is NOT society. They are two distinct entities.